[Bama Hawkeye -- Bumped because it's the awesome Power Poll that should have been. ]

Bama Hawkeye said he was a little busy this week, so he asked me to handle the Big Ten Powah Poll for him.  No really, he did.  I got the email right here....oops, my hard drive just crashed.  Well, trust me, he did.

Let's be honest. Two of the easiest columns to write (and get feedback from your readers) are 1) the power rankings column and 2) the pop culture comparison column. Much like that magical day when somebody got their peanut butter on my celery (or did I get my celery in her peanut butter?), it was predestined that one day these two great columns would be brought together... 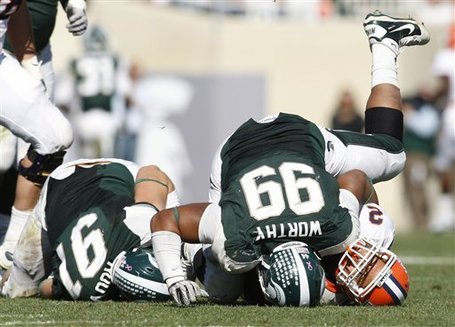 So this week we selected an even more differenter approach to the topic for this week's poll: 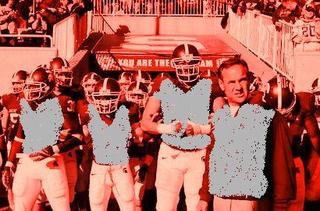 Michigan State is the epitome of the pupil who learned well the ways of pacing, scowling, and monotonous emotional response.  This season, the student has surpassed his mentor: Clint Eastwood.

Feel lucky, punk?  Well, do ya?  Then call a fake field goal in overtime... 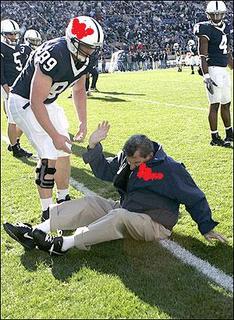 I don't need any help, ya young whippersnapper!

A team that frustratingly meanders between pretty good and really pretty good, capable of pulling off the big upset win, or of just flat-out pissing you off. 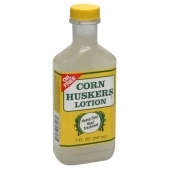 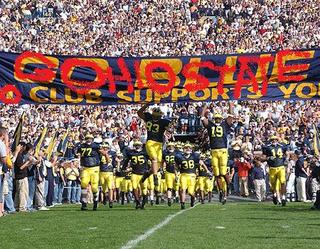 Realizing the banner had been secretly replaced, Michigan players attempted, but failed, to pull it down...

It's just like the Big Ten of days of yore -- the Big Two, the Sorta Big Two, the Medium Sized Three, the Indeterminate Sized Two, and the Puny One. 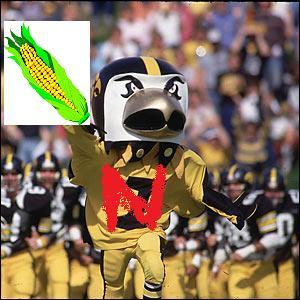 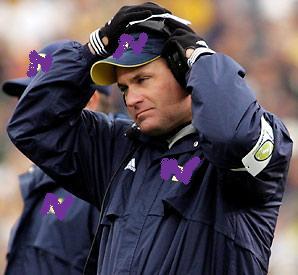 What if I could make my offense into a passing spread offense?  I'd do it just...like...this....

The gimmicky offense racks up a lot of points, sure...but that defense.  Oy, that defense.  Still, They could find themselves in a bowl game for the first time in years and years.  And years. 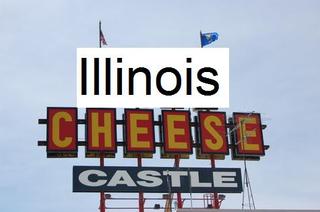 Speaking of defense:  This year, Illinois is hunkering down inside the impregnable fortress of its defense.  Just like the Mars' Cheese Castle in Kenosha.  The Zooker has his team ready every week to man the Cheddar battlements, raise the Colby drawbridge, and ready the Beef Summer Sausage ballistas. 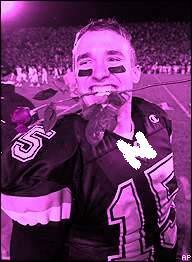 He's so dreamy, especially through these purple-colored glasses...

For Northwestern, basketball season looms -- except the football team is probably better at basketball [on grass] than the basketball team is.  Dan Persa appears to be the second coming of Drew Brees, an underappreciated but accurate thrower...can he lead the Wildcats to another Rose Bowl? 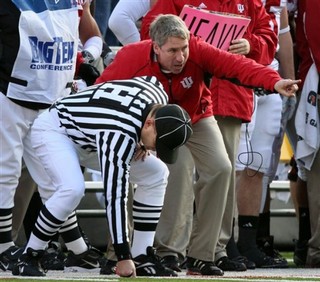 Look, Coach, I know you're mad, but that's no reason to throw your hearing aid on the ground... 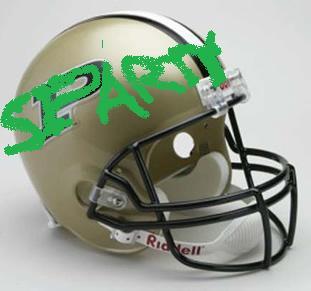 True to [Formerly] Same Ol' Sparties form, Purdue feasts on some cupcakes, drops a game to Notre Dame, beats up on the weaker teams in the conference, and is a player in the conference race.  No, seriously.  Hey guys, we're undefeated in conference play too!  What about us?  Hello?

BOILERMAKERS!  WHAT IS YOUR PROFESSION?!?  NO REALLY, WHAT IS IT?  "MAKING BOILERS", WHAT THE HELL IS THAT?  IS THERE ANY MONEY IN IT?  GET A REAL JOB, YA BUM! 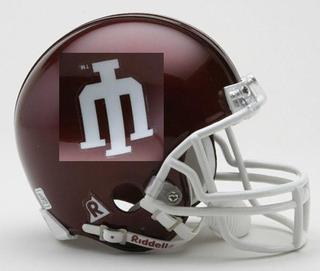 See? If you squint real hard, it's an M!

Are they good?  Who knows?  Sometimes yes, sometimes no! It's an illusion!  Think yew! Think yew! 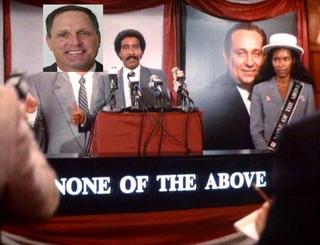 The OTE voters apparently invoked the [Timmy] Brewster's Millions Rule, and voted for None of the Above.  Brewster is getting his millions, all right:  millions in contract buyout.  Too bad he didn't read the fine print; his buyout is to be paid in Mackerel Jelly.