We don't necessarily know what we know what we have in the middle of the Big Ten. While we did see separation between Iowa and Penn State, and a bit of space between Michigan State and Wisconsin, there still feels like there is a big clump of teams that between Ohio State and the Bottom Four that could be sorted out in any kind of order. Who'll come out on top? It might come down to leadership. 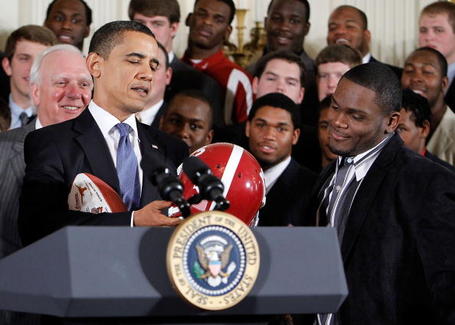 As the current President waits for a visit from a Big Ten team (it was February of 2003 the last time we sent a football team to DC for a photo op), let's look at the leaders of our football teams and the past-Presidents that they match. And yes, you History majors, these summaries of the Presidents are very oversimplified.

No, I can not confirm that TJ wore a sweater vest. However, he took over a country that was struggling under ineffective leadership, and boldly increased its size and power. He took advantage of France's weakness and internal difficulties to benefit the US, much in the same way that Tressel has taken advantage of Michigan's internal problems to assert Ohio State as the dominant power in the league.

It was feared that Jackson would lead the Western rabble into the dignified world of Washington DC. When he eventually took over, he was fiery and brash. He also made a big impact and changed perceptions.

Had grand plans for America becoming a dominant force on the international stage. Was leading the country as it impressed other powers on the battlefield. Any successes that he had at the end of his time in office was due to his staff (and wife), as health issues prevented him from actively leading the country.

Solid, dependable and strong, he led the country through a time of relative prosperity. For that, he is remembered very fondly. Never very progressive, he was willing to adapt to changing values throughout the country. He also dominated Pennsylvania in both elections. 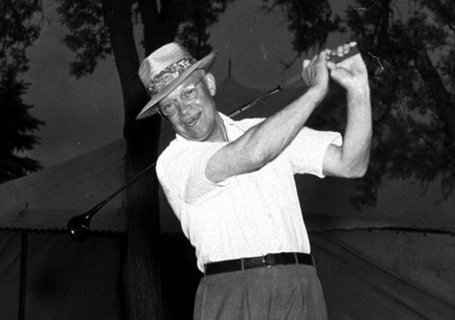 More than any President between Lincoln and FDR, he fundamentally changed the role of the government. His use of progressive legislation to break up national trusts was a dynamic shift from the playbook of the men who preceded him in office. While he did not remain in office very long, history has shown just how successful and necessary his term was.

Successful at the outset of his term, Bush saw his administration rack up success in liberating Iraq. After a short while, his followers began to acknowledge that he would never be as successful (in their minds) as his predecessor. His inability to fix the problems of the time and move forward would be his undoing. 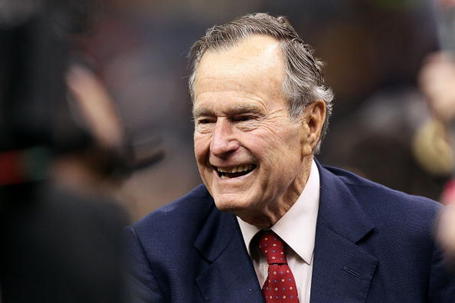 Young and short tenured, Kennedy is thought of very favorably. However, a quick analysis of his accomplishments shows that he did very little in office compared to other Presidents. Followed through on a crazy Bay of Pigs plan, despite all good judgment indicating it was bound for failure. It's similar to running a fake kick to end a bowl game.

Yes, he was old when he took office, but he still was able to command a room of those far younger. Generally thought of as a conservative, he was deft at reading the options at his disposal and moving in a much more liberal manner than many gave him credit for. His last year included consistent rumors that he was no longer in control, despite the outward appearance that he ran the show. 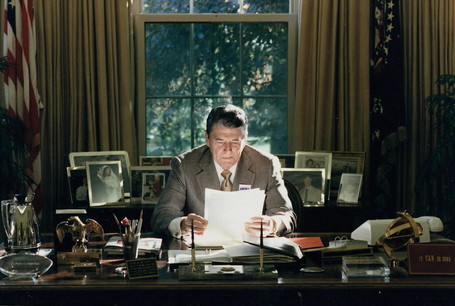 Came to power after the unfortunate death of his predecessor, a man who was expected to lead the country in an aggressive and successful new direction. While his successes were few, it can be said that he maintained the course of the country and managed to keep a slow trickle of progress going.

Despite the low expectations of many when he came to power (some thought he fell ass-backwards into the job), he showed himself to be a strong leader who led the nation past difficult attacks and to successes in battle - at first. The successes were few and far between as time went on.  By the end of his time in office, his own party tried to distance itself from him. Not considered to be the brightest of Presidents. 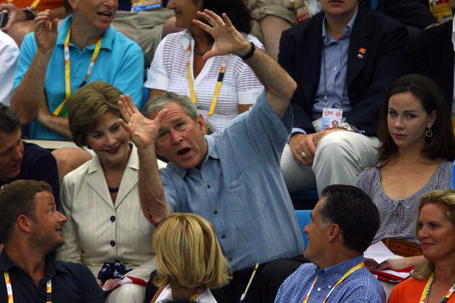 President during a very difficult time, it was necessary for him to have healing powers to make his term successful. Always falling short in comparison to his predecessor, he did the best that he could considering the circumstances.

Generally thought of as the worst of the Presidents. Westward expansion meant that he had brilliant new resources available to him, yet he could not devise a way to take advantage of them. Sat idly by as the worst years in American history began. In retrospect, burying his head in the sand and declaring that everything would be OK may not have been the right strategic move.