Summation: Purdue in the Aughts

Share All sharing options for: Summation: Purdue in the Aughts 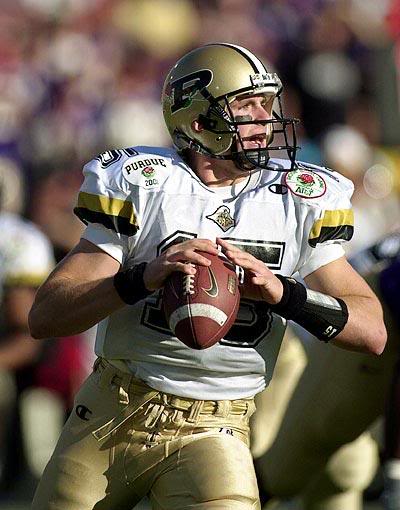 It's easy to glance at Purdue's 2000 Rose Bowl appearance -- the Boilermaker's first in 34 years -- and surmise that it was all downhill from there in the aughts.  But neatly interwoven into the fabric of the decade is an unmistakable pattern of progress.  The Boilermakers started the millennium with a future Super Bowl MVP at quarterback and a whiskered offensive pioneer on the sidelines.  Ten seasons saw the old gold and black make the postseason seven times, and put the rest of the conference on notice that West Lafayette is a powder keg of potential.

The aughts saw one Purdue legend take his final bow, and new hope spring in Rose Ade stadium.  In a relatively short period, the Boilers demonstrated that they can compete with college football's ruling class.  Just ask Georgia, Penn State, Ohio State, and Oregon about their competitive virtues.

It wasn't perfect, but it was promise.  And most Purdue fans can live with that.

I asked Sports Blog Nation's resident Purdue guru BoilerTMill of Hammer & Rails fame to weigh in on the following categories.  What do you think, Travis? 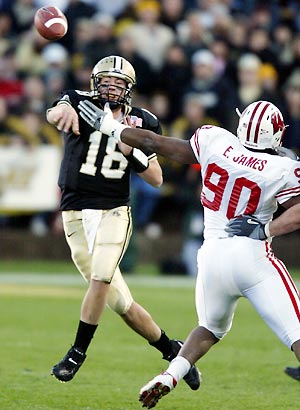 It was the beginning of four straight losses for the Boilers.

It's a tie.  2003 at Ohio State and 2004 at home against Wisconsin. I was at the 2003 game and the fact we would have had an at large BCS berth with the win is especially painful. It is one of the most exciting games I have ever been to and for one day we were dead even in the eyes of the college football world with Ohio State. Oh Ben Jones, why did you have to miss in overtime? Then there is the Fumble of 2004. College GameDay in town. Purdue is number 5 in the nation. 10 point lead with 8 minutes to go. Then everything fell apart and led to four straight losses. The underrated play was Kyle Smith dropping a sure fire interception on Wisconsin's touchdown drive before The Fumble. It hit him dead in the middle of his chest and he dropped it. There are so many other outright painful losses to pick, but those two stand out the most because they actually meant something on a national scale. 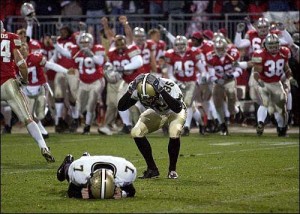 If I were nicer, I wouldn't post this picture.

2008's 4-8 season. 2005 was a losing season, but it felt like it could have been more with our poor defense. 2009 was very promising and easily could have been a nine win season with a few breaks. 2008, however, we were a bad team. We had lost before, but this is the first time during the Tiller Era we were truly blown out in multiple games. 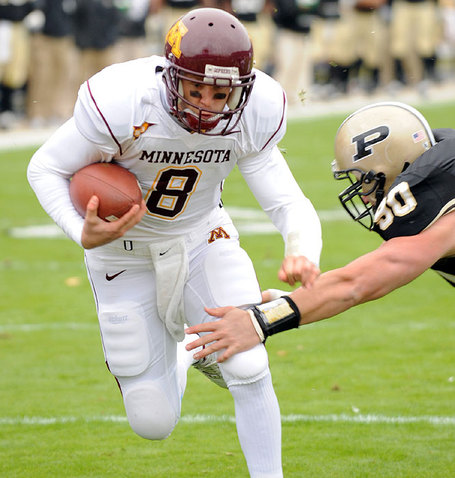 October, 25th, 2008.  Purdue had aspirations of upsetting a ranked Minnesota squad (24 BCS/25 AP) and ending a four game skid.  It was not met to be.  Sophomore Adam Weber simmered the homecoming crowd, throwing for 212 yards and rushing for another 60.  The Boilers turned the ball over four times, and were held to an embarrassing 226 total yards of offense in a 17-6 pummeling.

The loss was Purdue's eighteenth in a row against a ranked opponent.  It also all but guaranteed that the Boilers would not make a bowl game in Joe Tiller's final season.

They did practically invent the spread offense. 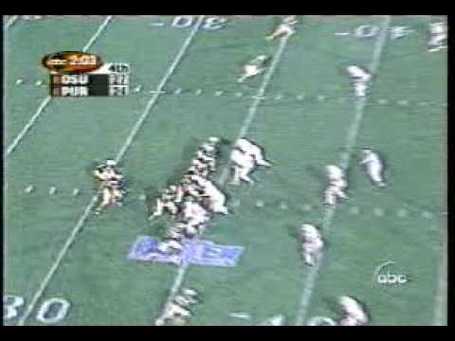 See Play of the Decade...

Historically, the month of October has been where Purdue football seasons went to die. It happened in 1998, 1999, 2001, 2004, and 2006. 2000 appeared to be no different with a slate of Michigan, at Northwestern (who made a surprising run to share the Big Ten with us), at Wisconsin, and home for Ohio State. What made matters worse was the September 30th loss at Penn State appeared to ruin things before the month even started.  But something happened in that Michigan game. The miracle second half comeback made that team believe in itself. We had finally beaten one of the major teams in the conference. Northwestern and Wisconsin fell on the road, leaving Ohio State standing in our way of the perfect month.

Purdue didn't clinch the Rose Bowl that day, but it was a huge step along the way. My readers voted this as the best win of the Tiller Era when I was over at my old site.  Here is my wrap up of it.

Although the 2003 Boilers had a better record, the best team of the decade was also its first.  In Drew Brees' final season, Purdue overcame early losses against Notre Dame and Penn State to sweep the month of October, earning wins against Ohio State and Michigan.  A 6-2 conference finish was good enough to give Purdue its eighth conference championship, and its first trip to Pasadena since 1967.

Speaking of the Rose Bowl... 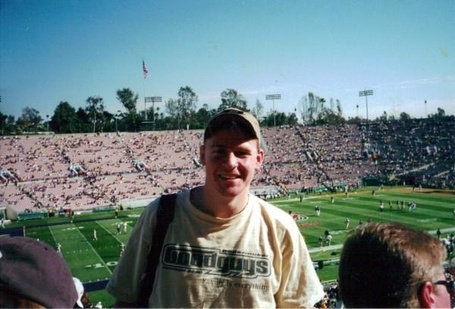 SBN's BoilerTMill was a Junior at Purdue at the time.

Playing in the Rose Bowl for the first time in 34 years...Even though we lost it was an incredibly special moment.

Purdue is trailing Ohio State 24-27 with 2:03 remaining in the Fourth Quarter.  On second and ten, Drew Brees skirts back into the pocket, scans the coverage, and finds Seth Morales on a 64 yard touchdown pass, sealing the Boiler's biggest win in three decades.

Brees-to-Morales. The most amazing play I have ever witnessed in person. The only time I remember passing out from sheer joy. 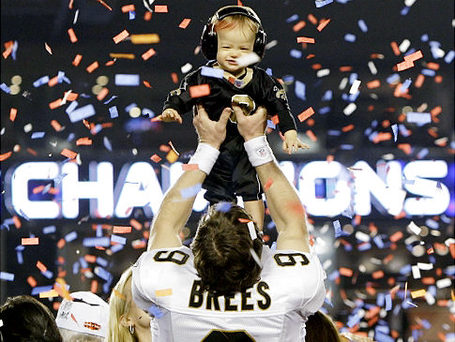 No summation of Purdue would be compete without a nod to Joe Tiller's revitalization of the spread offense.  As I noted last summer: "[T]he powerful potion sweeping college football owes a considerable portion of its success to the Midwest."

Joe Tiller came to Purdue in 1997 and immediately implemented a spread offense, infamously called "basketball on grass," a term that is still used by know-nothing commentators today, even when Purdue is running more plays on the ground than in the air. But think back -- Cowboy Joe's system in 1997 was a lot more revolutionary than it would be in 2010. Now, everybody runs a version of the spread. In 1997, approximately zero Big Ten teams ran such an offense. For years (up until his retirement, in fact), Tiller was cited as the reason that the Big Ten's offensive statistics and approach changed. Tiller began passing on first down and frequently "using the pass to set up the pass." We all loved it, of course, because it completely baffled Big Ten defenses (remember, that 1997 team was coming off a 3-8 1996 and didn't even really have the personnel for such an offense) and allowed the Boilers to race to a 9-win season. It was amazing.