What are the Odds? Ohio State's Chances of Winning the MNC

Share All sharing options for: What are the Odds? Ohio State's Chances of Winning the MNC 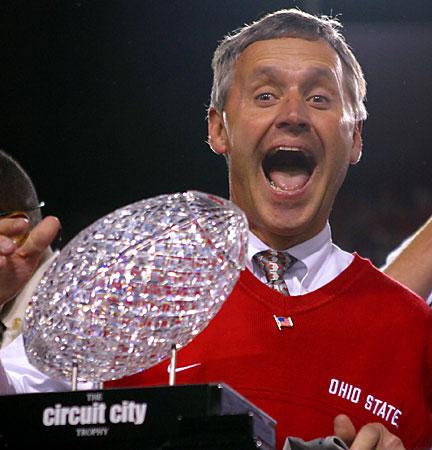 Can he beat the odds again?

It wasn't long after Ohio State defeated Oregon in the Rose Bowl Game that commentators started speculating about the Buckeye's future.  For many, 2010 has championship written all over it.

That got me thinking, what are the odds of a preseason favorite going all the way?  Seventy-three years of data later, I have an answer -- and the results might surprise you.

But first, a few rules:

I decided to use the Associated Press Poll for two reasons: 1. It's been in continuous operation since 1936.  That's six times longer than the Bowl Championship Standings.  2. The AP Poll is released sooner than the BCS Rankings each season.  Since this survey is all about premature valuations, it makes since to use the earliest possible indicator.

Second, my analysis incorporates the first vote of any given season.  Up to 1949, that means I'm using data from the first AP poll of the regular season, usually released in early October.  After 1949, I'm using preseason polls.  Although there's a big difference between qualitatively evaluating a team before it ever steps foot on the field, and quantitatively comparing it to other teams after competition has begun, my primary goal here is to profile our ability to estimate a team's potential.  Because the majority of a team's regular schedule is in front of it in both cases, I'll consider the markers fair congeners.

Finally, while a good argument can be made that any team voted in the preseason (or first installment) of the rankings has a legitimate shot at a title, my focus is only on those teams ranked in the top three of either the Associated Press Preseason Poll or the first AP Poll of the regular season.

Ohio State has a good chance of appearing in the Top 3 when the 2010 preseason standings are released this August.  So do Alabama and Boise State.

Let's get to the numbers... 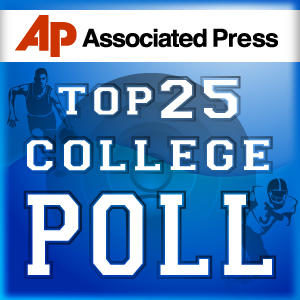 Teams ranked third or better of the first edition of the AP Poll have won the national championship 30 times.  To put that another way, one of the three teams that starts the season projected to win, show, or place, wins it all 41 percent of the time.

In case you're curious, here are the teams that have done it:

It's clear that voters have some idea of what they're doing when they crown preseason favorites.  But this data doesn't tell us much about an individual team's chances of winning a national championship after starting the season ranked third or better.  It's now important to isolate exactly where a team is placed. 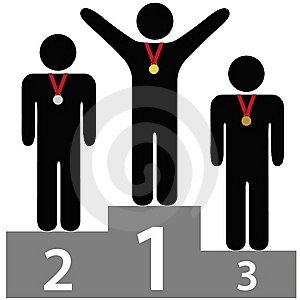 Teams ranked third in the first edition of the AP poll have won the national championship six times in 73 seasons.  That means a team that starts the season at No. 3 has an 8.2 percent chance of winning a title.

Teams ranked second in the first edition of the AP poll have won the national championship eight times in 73 seasons.  That means a team that starts the season No. 2 has an 10.9 percent chance of winning a title.

Teams ranked first in the initial edition of the AP poll have won the national championship sixteen times in 73 seasons.  That means a team that starts the season No. 1 has an 21.9 percent chance of winning a title.

Clearly, it's good to be No. 1.  But it's an uphill battle for any team at the top of the standings.

So while Ohio State may be a favorite to claim college football's greatest honor, history makes it clear that they're hardly predestined.  And with Alabama and Boise State likely to place ahead of them in the preseason standings, the Buckeyes have less than a 10 percent chance of defending their honor.