Golden Opportunity - Has Expansion Always Been About Notre Dame?

Share All sharing options for: Golden Opportunity - Has Expansion Always Been About Notre Dame? 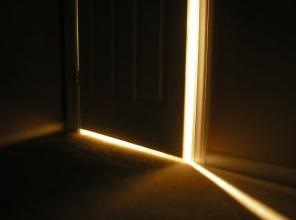 I've got to confess.  Covering expansion is exhausting.  Just eight days ago, I published a graph covering trends in media exposure for the most popular candidates.

It was immediately out of date.

A report prepared by the Chicago-based investment firm William Blair & Company that leaked to the public put new wind into the sails of three Big East candidates (Rutgers, Syracuse, Pitt).  Two of the three weren't even on my graph.

Notre Dame made the list.  Barely.  The simple act of placing the Irish on the grid prompted this response from one commentator:

How many times does the school have to come out and say they want nothing to do with the Big Ten until someone understands? They are NOT coming to the conference. That’s not a maybe, oh if the money is right, possibly later on, etc. That is a straight-up NO. Not going to happen. They shouldn’t even be on the ECG whatsoever. That wave is dead. Absolutely no conductive potential at all. If anything, repeatedly mentioning Notre Dame in every blog I read just makes us come off as desperate, as if we need ND for some reason. We don’t need them, they don’t want us (even though they could probably use a conference…whole other debate), the deal is over. Get over it. Bring on Big Red, Pitt, Mizzou, etc.

I don't think it's much of a stretch to say most Big Ten fans have adopted a similar attitude towards the conference's great white whale.  The Irish are like a hot girl who dumps you after three dates.  You have a lot in common, and think she could be the one.  So you stand outside her door for a minute after she shows you out, just in case she opens it back up.  And you call a couple of times that week, praying she'll change her mind.

But after she says no a certain number of times, your pride takes over, and you resign yourself to never thinking or talking about her again.  You tell yourself she wasn't really that great.  You focus on her flaws.  You convince yourself that you didn't lose anything at all.  But deep down inside... 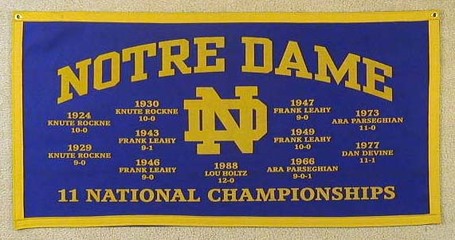 You know they don't get any better.

Today Notre Dame Athletic Director Jack Swarbrick admitted that the Irish might not be able to stay independent in the new conference order.  As he told a small group of reporters, "You can each come up with a scenario that would force our hand."

And just like that, "no" becomes "maybe."  The door opens a crack.

Is this an accident, or is it the work of a highly skilled professional?  By carefully staging press releases, offering open-ended answers, and misdirecting attention to decoy programs (Missouri, Pitt, Syracuse, Rutgers, Texas), Jim Delany has created an unprecedented air of instability across the FBS landscape.  The preshocks of Big Ten expansion are so strong they've prompted the Pac 10 to pick up a hammer as well.  When the dust settles, it just might be that Delaney's slight of hand has accomplished in eight months what 20 years of traditional diplomacy could not: Notre Dame to the Big Ten.

Go right ahead, call it a conspiracy theory.  But answer me this one question: What does it take to start a nuclear chain reaction?