What would Indiana Week be without some snarky thoughts from a rival Purdue blogger thrown in? Although it's hard to drum up distaste for a an opponent who offers up gimme wins yearly, the excellent BoilerTMill of Hammer and Rails was happy to offer his thoughts on "rival" Indiana.

What impact does Indiana football have on Purdue football?

You mean Indiana has a football team? I kid. Honestly, I like having Indiana as a rival at the end of the year. For the past 13 years we've been able to look at that game and think, "Well, we're getting a win to end the regular season." It is reassuring, especially if you can have five wins before that game.

Indiana football has little impact on us except for seasons in which we lose to the Hoosiers. They are rare of late, but it leaves an awful taste in our mouths because each of Indiana's last two wins in the series have come in tight games where they stormed the field after wins.

I think most Purdue fans view Notre Dame as a bigger rival in football. We expect to beat Indiana. I like it as a rivalry game because I can usually go to Bloomington and scalp great seats for less than face value on Gameday. Twice I have sat on the 45 yard line for $20. 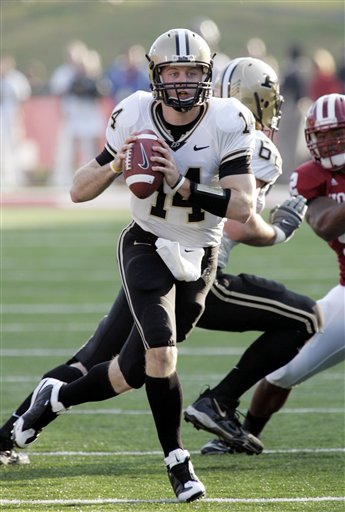 Everyone here at TRE predicted '09 Indiana would be better than '09 Purdue. We were wrong. What happened? Are you angry at us?

As for you guys, I'm not mad. I knew we weren't as bad as people thought coming into the season. I am more annoyed with the fact that we blew so many games and could have easily been 10-2 with a surprise trip to Pasadena. You can't say that about IU.

If Indiana and Purdue were family members, who would be what?

The family member thing is the best part. Obviously Indiana is our red-headed stepchild (ed note - ironic that Ben Chappell, below, seems to fit the description) that we beat to feel better about ourselves. Even in the three losing seasons the last few years we have reassured ourselves by beating Indiana. 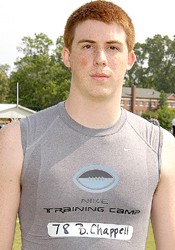 WEDNESDAY: Randle El Puts 470 yards up on Minnesota...Ten Years Ago