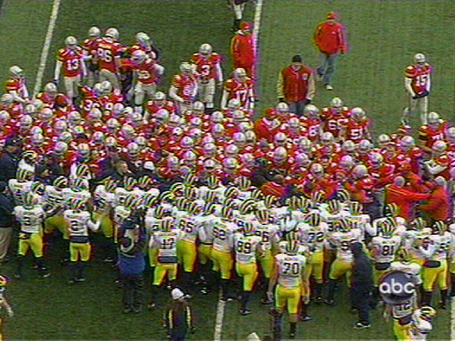 What would Michigan Week be without some old fashioned ball-busting courtesy of the Greatest Rivalry in College Sports?  Our resident scarlet and grey apologist Law Buckeye was all too pleased to offer a contrarian view on the maize and blue.

What impact does Michigan football have on Ohio State football?

I'll let our readership in on a secret: Michigan is good for Ohio State.  Read that again if you have to.  Now look: it's not like the scarlet and grey would crumble if the Wolverines went by the wayside.  But Ohio State owes a considerable bit of its national identity to That State Up North -- and vice versa.  Sure, Michigan made its own luck early on with Fielding Yost and the "Point a Minute" dynasty.  But after winning 10 national championships through 1948, the Wolverines sunk into a period of relative irrelevance.  Bo Schembechler and the 10 Year War with Woody Hayes brought them back into the limelight.  At the same time, the exchange of hostilities fueled an Ohio State program that won six national championships from 1942-1970.

Michigan and Ohio State are inextribably linked, not just as part of the Greatest Rivalry in College Sports, but as two of the five most successful programs in the history of college football.  The better a team Michigan fields, the better the rivalry is, and the better the Big Ten is as a whole.

No wonder we love to hate the maize and blue. 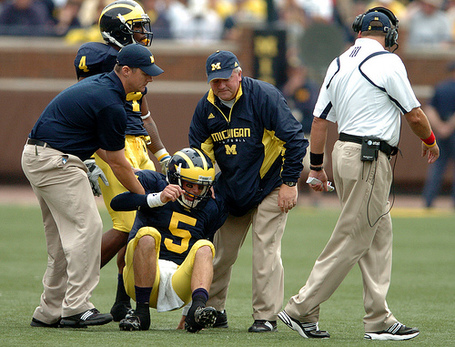 It's no secret: the Wolverines have fallen on hard times.  Can Rich Rodriguez bring them back?

Ask me this question last year and I'd give you a completely different answer.  The truth is I'm finally ready to say that Rich Rodriguez doesn't have what it takes to get Michigan football back to prominence.  Don't get me wrong: he may well make it past 2010.  But the run-spread offense will ultimately prove to have a short shelf life in the Big Ten.

Try as I might, I just can't see a system that depends on sending glorified track stars into the heart of Big Ten front sevens working week in and week out.  The undersized Tate Forcier (194 lbs) put his body on the line to get to a 4-0 start in 2009 -- and the bangs and bruises caught up in the form of a shoulder injury that stunted him down the stretch.  Running back Brandon Minor (218 lbs) sat out three games his senior season, and left another early because of injuries.  Will Devin Gardner (195 lbs) suffer a similar fate?

I'm not saying that there isn't a place for zone-reads, misdirection, and speed in the Big Ten, but to win in a league stuffed with giant defensive ends and monster linebackers you've got to stay healthy at the skill positions.  It remains to be seen whether Rodriguez's system athletes can withstand the rigors of conference play. 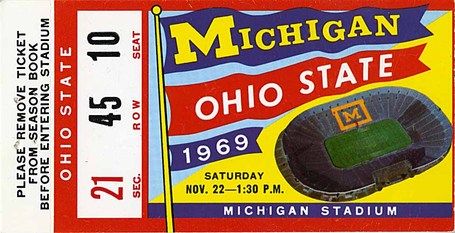 What scares you about Michigan's present squad?

The underdog factor.  If things go like they're supposed to, Ohio State will enter The Rivalry as a strong favorite for the third year in a row.  I don't like playing a Michigan team with everything to gain and nothing to lose.

What annoys you the most about the maize and blue? 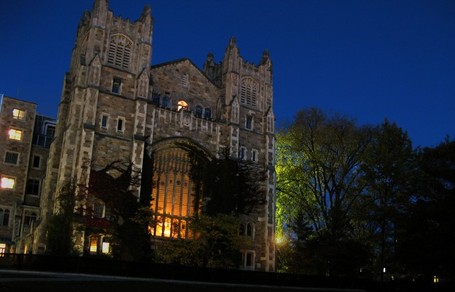 What do you secretly admire about Michigan?

The ban on commercial advertising in Michigan Stadium.  The Gothic architecture on campus.  Smokey's in Ann Arbor...