The thing that fascinates me the most about the expansion race is our tendency to pre-commit to the program a la mode.  A month ago it was Missouri, then Pitt, Texas, and Nebraska.  Now?  Well, according to one influential columnist Rutgers is the Big Ten's knight in shining armor.

As Mr. Greenstein sees it the State University of New Jersey has everything the Big Ten wants: revenue from an enlarged television demographic, geographic connectivity, academics, and a deep new pool of talent for recruiting.

Here's one thing the the Scarlet Knights don't have: athletics worth a damn.

Sure, that's a little harsh -- but give me a break.  The football program's high water mark is a win over a No. 3 Louisville team in 2006 that catapulted it to a 10-0 start and a No. 6 BCS ranking.  The Scarlet Knights would go on to post an 11-2 season, earning them a No. 12 ranking in the final polls.  The last time Rugters football finished in the Top 15 before that?  1961.  Rutgers football all time is just 6 games over 500.  Current Maverick head coach Greg Schiano has a losing record.  The Scarlet Knights have only had one player drafted in the first round of the NFL draft.

Sure, they have one national championship.  In 1869.

Don't even get me started on the basketball program.

Articles like Mr. Greenstein's flow from an interesting swing in expansion discourse.  In the beginning pundits bent over backwards to encourage people to think less like fans and more like university presidents -- including items like AAU membership, research endowment size, and population demographics in their evaluations.  Be careful what you wish for...

Today, you can't read an article about expansion without wading through a myriad of soft factors, and big picture rationalizations.  In an attempt to be humanely Renaissance, we're lost sight of a simple truth: this is sports we're talking about.  Conferences are born to compete.

Still not convinced?  Let's compare the resumes of the last two schools to join the Big Ten: 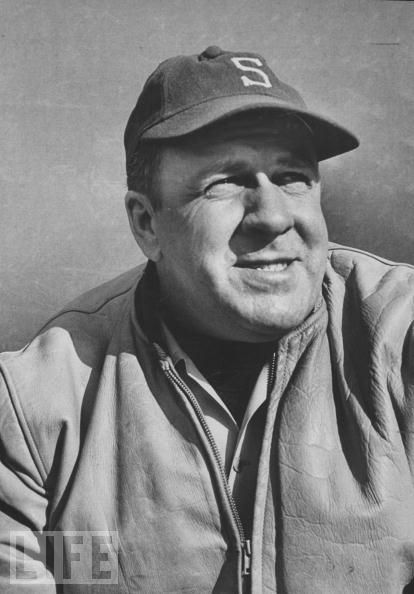 During the 1950s when Detroit was known as the world's leading automobile manufacturer, Michigan State was often referred to as the nation's "football factory."  In 1951, Biggie Munn led the Spartans to a perfect record and a national title.  The following year, MSU defended its crown -- finishing undefeated and claiming a second national championship in as many years.

The school joined the Big Ten in athletics in 1953.  It won the conference in its first year and went on to beat UCLA in the Rose Bowl.  That's a program on a major upswing. 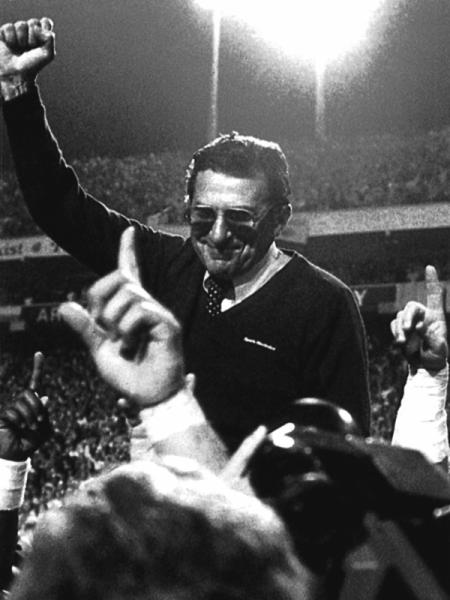 The Nittany Lions won concensus national championships in 1982 and 1986.  At the time the Big Ten extended an offer, Penn State had six undefeated untied seasons -- and was one of the nation's great independent elites.

In its three seasons before being invited to join the Big Ten, the Scarlet Knights beat Ball State, North Carolina State, and UCF in the International, PapaJohns.com, and St. Petersburg Bowl.

New York must have been enthralled.

Sure, the Big Ten wants a paycheck, but it also wants to incorporate a program that's proven itself on the gridiron.  Rutgers simply isn't there yet.