Welcome back to Minnesota Week here at TRE!!!  We’re excited to have you!

We’ve been slogging through all things Minnesota Gopher football this week and today I’ve been given the exciting task of discussing a specific Minnesota player.

The email first came through that I was supposed to take today to review Adam Weber.  Then there was an email stating that I should take today to discuss Minnesota’s MVP.  And then, finally, I got an email with this line:

You can imagine my confusion.

If I was asked to do an article on Minnesota’s MVP, I probably would have chosen Kyle Theret for his hard-nosed play and leadership… but then Theret had to go and have himself suspended from the team for a little drinking incident. 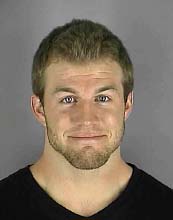 As talented as I truly think this Gopher squad is, I am hard-pressed to come up with one individual who I would consider to be this team’s most valuable.  But if I’m really going to be honest with myself it would have to be Adam Weber.  If Adam Weber can have the kind of season that he had in 2008, he will truly be the most valuable player on the Minnesota roster.

Unfortunately, if Adam Weber has the kind of season that he had in 2009 he might actually be dubbed Minnesota’s least valuable player.

In any case, after the jump, let’s take a look at the local enigmatic quarterback who is the odds on favorite to win the starting QB job for YOUR MINNESOTA GOLDEN GOPHERS!!!

Weber was also the victim of 29 sacks, the most in the Big Ten in 2009, which, believe it or not, is a good thing.  Weber needed to learn how to take more sacks instead of trying to force the ball when he was under pressure.  One thing he DIDN’T learn to do was throw the ball away when under pressure. 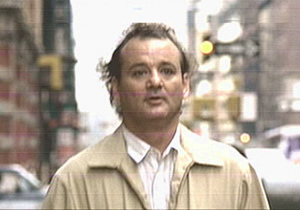 Graham is a mechanics guy.  I’m not talking about 80’s pop/rock band Mike + The Mechanics (although their hit "All I need is a miracle" might be a great theme song for my Golden Gophers in 2010… but I digress), I’m talking about QB mechanics.  How does the guy throw?  How is he under center?  Does he check down his throwing options? Etc, etc, etc.

So Graham asked me if I actually thought that Weber’s mechanics got worse in 2009.  My answer, based only on recollection and gut, not on re-watching any actual footage, is a resounding YES!!!  OMG YES.

Here’s what I can tell you: Adam Weber has never been a terribly accurate QB, but 2009 was a veritable GONG SHOW.  I can recall even completed passes that were thrown off the mark.  I specifically remember a pass to Nick Tow-Arnett that would have easily been a first down had Weber thrown it to T-A’s lead shoulder.  He instead threw it behind T-A, who was subsequently stopped from getting a first down.

This is what is so mind-numbing about Adam Weber: even when he does good, it’s not so good.

Weber has been notorious throughout his career of having tunnel vision.  He will routinely take the snap, focus on one receiver, fail to check down his other targets, and then either force the ball into coverage, or take a sack.  When he does finally decide to check down through his options, he generally ends up dumping off to a TE or RB with a throw short of the first down. 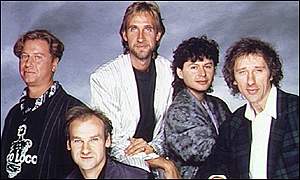 I’m not sure what it says about the Gopher football squad that the guy I am calling their MVP could also be their LVP, and, in fact, the possibility (albeit slim) still remains that Weber won’t even win the starting job.

Weber is the odds-on favorite to win the job, based solely on his experience at the position.  But he’s being pushed by two very talented players in MarQuies Gray and Moses Alipate.  Brewster and new offensive coordinator Jeff Horton have both said that there will be a clear starter this year, and that throwing Gray in once in awhile to run a Wildcat type offense will not happen.

The bigger question, in my mind, is if Adam Weber is named the starter, will the coaching staff be willing to pull the plug on him if he is as inaccurate and turnover prone as last year.

The bottom line is that Adam Weber has the ability to be a very good quarterback.  He’s got the size and tools to be a top QB in the Big Ten, and absolutely nothing would make me happier than seeing him return to the form he was in during the 2008 season.  Is it possible that Jedd Fisch’s offense was a bit too complicated for Weber last year?  Absolutely.  But there just wasn’t enough consistency in his throwing and performance for us to say if it was a scheme issue or a decision-making issue on Weber’s part.

What we do know is that if Adam Weber can resurrect himself after last year’s debacle, the Gopher offense has a chance to be relevant, and possibly even dangerous, in the Big Ten in 2010.