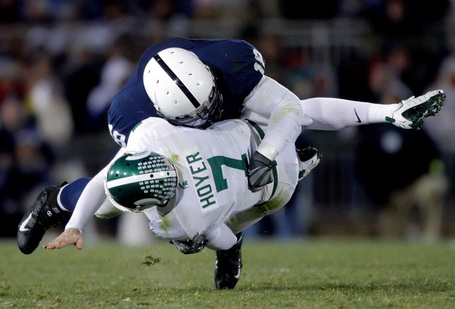 It's no surprise that in a league populated by staunch defenses, a few squads can hang their hats on the championship side of the ball.  As an Ohio State fan, I understand as well as anyone what a stingy unit can do for a meddling attack.  To put it another way it's a lot easier to score 13 points than it is to score 31.

But wait, you say.  The Nittany Lions lost seven starters from last year's Capital One Bowl championship season, including three NFL caliber linebackers and several contributors on the defensive line.  They can't possibly perform at that level in 2010, right?  Wrong.  At least if history is any indication.  Here is where Penn State's defense has finished in conference for the past six seasons:

Notice a pattern?  Penn State has had one of the top defenses in the Big Ten since 2004.  That's no accident, but rather is the result of "defensive coordinator" Tom Bradley's cohesive 4-3 system.  I put that title in quotations because the program doesn't actually call its coordinators "coordinators."  Bradley isn't the kind of coach that garners national attention, but his results are impressive.  Take a look at where Penn State's units have ranked nationally since 2004:

State College has put out six Top 15 defenses in a row.  There's only one other team in the country that can say that: Virgina Tech.  I'll go out on a limb and bet you can name their defensive coordinator. 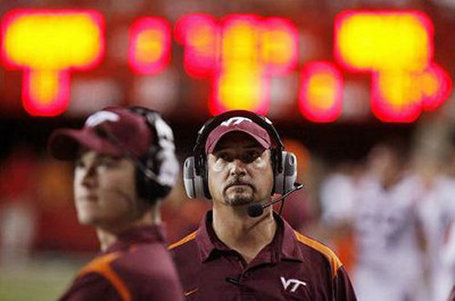 So what makes Tom Bradley's defenses so good?  As one source describes:

[Penn State is]...maybe the last, great "Cover 3" team -- i.e. their base coverage is a three-deep, four under zone defense. This is surprising because it eschews the fad coverage -- quarters, "Tampa Two," and even Cover 1 "robber," though they can use those if they like -- but also because Cover 3 is often seen as such a simple and, well, old coverage. But, like Draper's suits, while Penn State's defense might be a throwback, it works so damn well because they get all the little details right. Fronts and coverages are tied together, which is the reason Bradley and Co. like it so much: They can get in an old-school eight-man front, and with a zone defense every defender has their eyes on the football. Contrast this with man defenses where members of the secondary might have their backs turned on option plays (deadly) or pass plays (can't see the ball in the air to make interceptions or breakups).

Four underneath zone players allows PSU's heralded linebackers to run wild, while zone-blitz packages keep the unit "flow[ing] fast to the football."  But it's not just the Xs and Os that give the Nittany Lions a decided advantage.  As Paterno Ave pointed out in Monday's Spring Field Guide "[Defensive Line Coach] Larry Johnson, Sr. has shown us that he can make superstar first-round draft picks over the summer before."  Penn State's coaches have demonstrated that they can squeeze every drop of potential out of their talent.  That's why true program aficionados aren't losing any sleep over this year's squad. 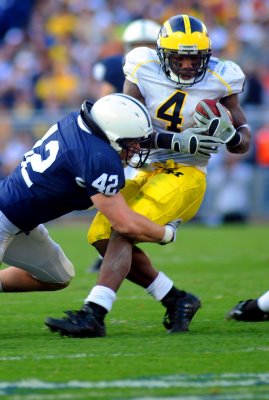 Don't get me wrong, these young Nittany Lions will be tested against a number of dynamic attacks (Alabama, Iowa, Michigan, Michigan State), but if history is any indication, they'll rise to the occasion.