A number of Penn State fans requested that Friday's rivalry post be written by a Buckeye.  Be careful what you wish for.  Now, I won't be so brazen as to deny that for the past seventeen years Ohio State and Penn State have had something resembling a classic college football rivalry.  There's geographic proximity, interstate allegiances, hotly contested showdowns, and enough bad blood to fill the Horseshoe to the brim.  You've also been our biggest in conference stumbling block.  Technically, that's not really saying much -- we have won the Big Ten outright three of the last four years, but nevertheless, competition is competition.

Penn State is sort of like the A.C. Slater character in the early years of Saved by the Bell.  They're the new kid in the Big Ten conference, desperately trying to break into century-old cliques, and make a name for themselves.  Can you really blame them for trying to associate with the in crowd? 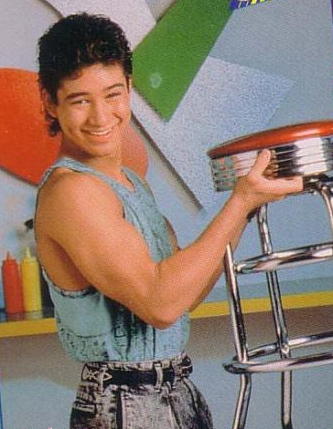 The problem, of course, is that we've already got a rival.  Yes I know: Michigan is terrible.  The Wolverines are sort of like that co-worker you can't stand who had an alcohol problem and took a temporary leave of absence to go to rehab.  The office is great without him around, but you also feel bad for his wife and kids.  And, you know that he won't be gone forever and as soon as he comes back he'll continue to be a pain in the ass.

Just because Michigan is down doesn't mean you can take their place.  Still, I can't blame you for trying.  You do everything you can to get our attention.  After we stole the number one recruit in the nation from your backyard, you circulated a picture of him hanging his head on the sidelines as a true freshman. 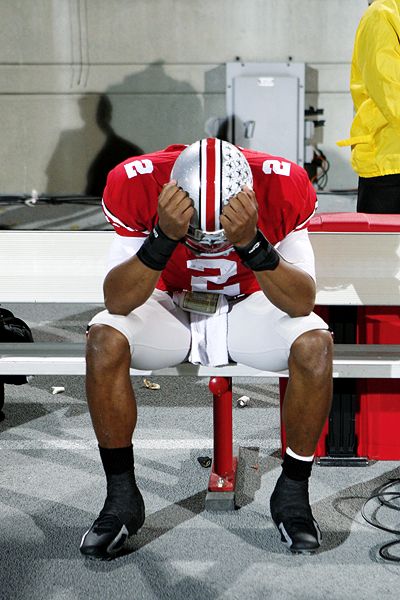 (I took the liberty of posting that photo to save you the trouble of having to do it in the comments section).  Fail.  Tehee...

Finally -- and most recently -- you stormed the Bastille that is the FanPosts section of this site to vote en mass for "The Buckeyes Suck" on a poll created by a reader to recruit writers for his Ohio State blog.

Let me show you something.  It's an empirical comparison of our two programs:

You see, the reality is that you are inferior to us in every meaningful category.  At the end of the day it's not dramatic photographs, clever idioms, or online polls that make a program.  It's results.

If you only take one thing from this article, let it be this: Ohio State > Penn State.

I'm starting to warm up to this nouveau rivalry thing.