What? You were expecting someone else? Look, more of this season may ride upon the arm of Ricky Stanzi than any other player. Derrell Johnson-Koulianos is on his way to setting some all-time Hawkeye receiving records. Ryan Donohue may be the best punter in the nation. Tyler Sash has a knack for getting to the football. But if there is one person who will lead the Hawkeyes to a brighter 2010, it will be the disruptive anchor of the defense - Adrian Clayborn. 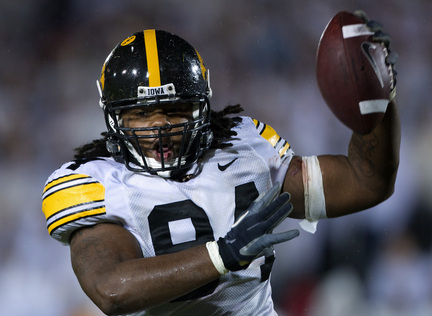 For Clayborn, it's not going to be about the numbers. He probably won't lead the Big Ten in sacks. He probably won't have the most tackles for loss. What will define his performance will be the amount of time that opposing offensive coordinators and offensive line coaches have to adjust their schemes to deal with him. Every time that Karl Klug beats an interior lineman who is forced to try to block the Caledonian Colossus without assistance, that's due to the double team that is aimed at Clayborn. Every time that Broderick Binns is able to swing his meat hooks at a low flying pass, because the fullback is helping out on the other side of the line, that's a credit to Clayborn. Every time that "the Terrapin" Jeff Tarpinian is able to make a tackle at the line of scrimmage without having to shed a blocker, it's because the D-Line, led by Clayborn, will have occupied enough offensive linemen to make it happen. Every time that Brett Greenwood and Sash intercept passes that look like punts thrown by a quarterback who didn't have time to set his feet, it'll be because the D-Line, led by Clayborn, were able to establish pressure with just four rushers. Again.

His punt block against Penn State introduced him to the country. His dominance against Georgia Tech in the Orange Bowl got him on the 2010 watch lists. How good was A. Clayborn in the Orange Bowl? He literally forced the opposing coach to saw the field in half. As I wrote in the wrap up:

[Georgia Tech coach] Paul Johnson finally made the necessary adjustment at halftime. It wasn't to get Dwyer the ball more. It was to run exclusively to the right of the center - away from Clayborn. Georgia Tech ran 10 plays on their lone touchdown drive. The first was an 11 yard pass completion (one of only two from the game). The next nine saw seven runs around the right end and two runs between the center and right guard. Clayborn collapsed the left side of the line all game. His counterpart on the right side, Broderick Binns - an end more suited as a pass rusher, had a harder time doing this. When Johnson finally conceded that Iowa owned the left half of the field (and in the second half, there would be only two runs to the left), Tech moved the ball. It was too little and too late.

When all is said in done, the impact of Clayborn will likely be measured in the disruptions that the defense causes. He's the best player on an outstanding defense. The Hawkeyes have gone thirty consecutive games without allowing a team to score thirty points - a streak that no team in the country can match. Here's betting that Clayborn leads the defense that continues the streak. If stays healthy, Clayborn may be the best defensive player in the Big Ten. For fun, here's a pictoral rememberance of some of the disruptions from last season. 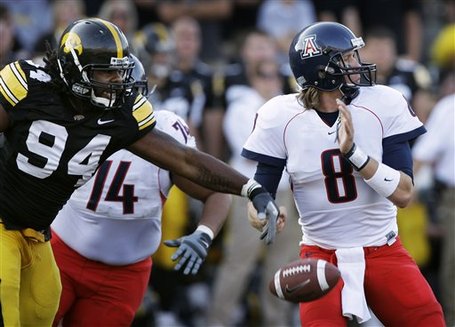 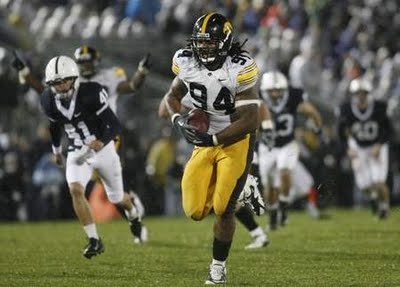 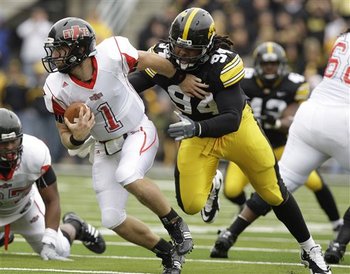 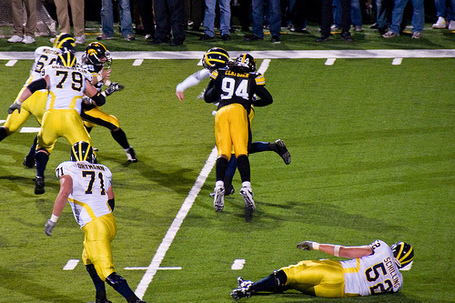 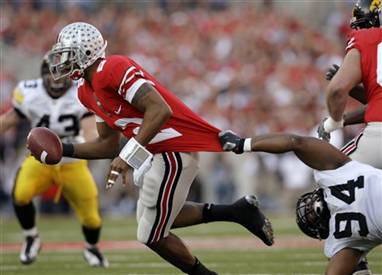 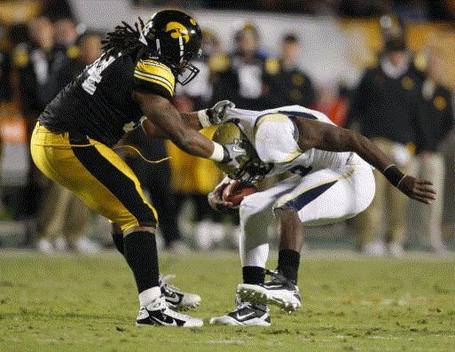 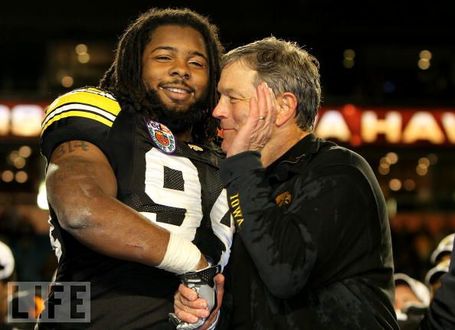 And one shot that shows the softer side of A. Clayborn - animal lover. 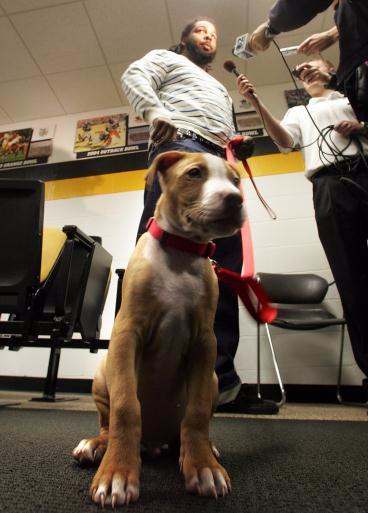