Tonight at the bar, conversation was steered by a former Badger who wanted to discuss the majesty of Madison. No one argued with him, because honestly - 80 bars, ice fishing, relaxed people, and great football atmosphere equals one America's best college experiences. Welcome to Badger Week on TRE! 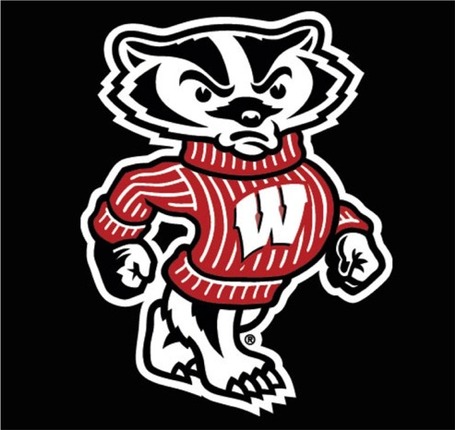 EIGHTH IN A SERIES: THE WISCONSIN SPRING FIELD GUIDE

Wisconsin at a glance...

At TRE, we had been hotseating Bielema all the way up to September 2009, when our babble was halted by an impressive 5-0 start. With Scott Tolzien bringing much needed stability to a nuanced and effective passing attack, the Badgers played above expectations and then physically dismantled a speedy Miami team in the Champs Sports Bowl.

With an impressive array of veterans returning at skill positions, Wisconsin is primed for 2010 success. John Clay, out for the Spring with injuries, will handle the rushing load. And if he can't? No problem, as the Badgers feature two other powerful backs to contribute immediately. With Tolzien and some star defenders returning, it's no shame to admit you're fearful of what a suddenly well-coached and seasoned Badger team can do. 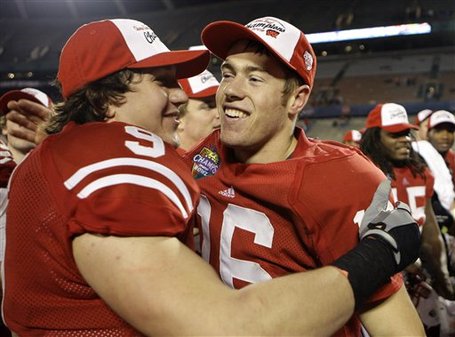 Now philosophically, Wisconsin is still a "run to set up the pass team." And Wisky can do that when, year after year, their offensive line reloads so well. These young men, almost always weighing 315 lbs and up, buy into the system early and are molded into bulldozing blockers. But as last year's smashing of Miami exhibited, the Badgers can pass to set up the run. Tolzien throws an accurate ball (remember Tressel and the OSU Defense giving him plaudits for his gutsy throwing in the midst of Buckeye pressure?) and Bielema has incorporated end-around fakes and sit down routes into the passing game seamlessly.

Can they take "the step" this year into a BCS Bowl contender? With returning starters galore and a manageable schedule, that "step" doesn't seem like a pipe dream.

I believe the Badgers return the most starters of any Big Ten team.

O'Brien Schofield, so dominant during 2009, has rightfully been picked up by an NFL team. Don't worry about it...Forget about it. Frosh of the Year Chris Borland, a whirling dervish of a linebacker, will do his best to continue bringing the devastating pressure which slowed many of Wisconsin's opponents in 2009. He's going to get help from my favorite Big Ten player, defensive lineman JJ Watt. The story behind Watt is this: 210 lbs out of high school, he began his career at Central Michigan. Between the time he transferred from CMU to Madison, he's put on 75 pounds and turned into an absolute high motor killer. 4.5 sacks last year and enough "who was that guy" plays make him a probable All-Big Ten selection.

On the offensive side of the ball, Tolzien will lead battle-tested offensive linemen onto the field along with the 2009 Big Ten offensive player of the year, John Clay. Bielema let his offensive imagination run wild (especially for a Badger coach) last year, but it's all because a) he trusts his signalcaller and b) the O-Line could hold their blocks for longer pass patterns.

1. Will Wisconsin survive the back-to-back OSU/Iowa matchups? Can they match the presumed physicality which we know the Bucks and Hawks will bring?

2. Should we be talking BCS bowl for the Badgers?

3. Will the numerous injuries suffered in the offseason make the Badgers get off to a slow start? Or will John Clay's relaxed Spring, full of PS3 and rehab, make him want to work harder come August?