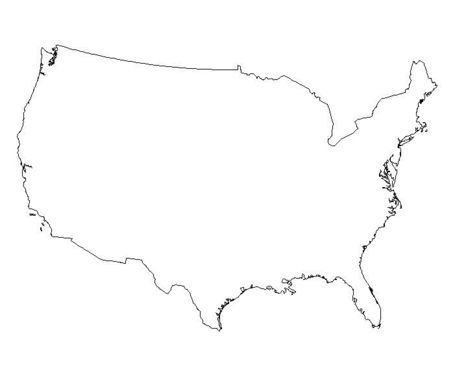 A week ago this would have been pure conjecture, but now that all signs point with a surprising degree of certainty to Nebraska coming on board as the Big Ten's twelfth member, let's turn our attention to a practical exercise: division re-alignment.

First, it's important to remember that the changes that ultimately occur to the league's competitive structure will be the result of a careful balancing effort, a process that will take time and compromise.  Decisions about splitting into and populating separate divisions will be a foundational part of the new Big Ten.  Even when the set number of institutions is known, the league will not be in any hurry to finalize divisional alignments.  Nor should it.  It's easy to forget in the hustle and excitement that surrounds approval(s) for admission that even through our acquisitions will immediately be academic members, they will not compete in the Big Ten until 2012 at the earliest.

That means the conference brass has plenty of time to figure out how to best integrate the new school(s) into the existing format.  Still, that doesn't mean we can't think about the future.  In the scenarios that follow I assume that the Big Ten will cap expansion at either 12, 14, or 16 teams.

If the Big Ten adds only Nebraska, the league could choose to split into two six team divisions.  The obvious geographical organization is as follows:

From a regional boundary standpoint these divisions represent a convenient alignment.  Additionally they maintain nine of the Big Ten's sixteen traditional rivalries.  Importantly, Ohio State and Michigan's presence in the same division would allow the Rivalry to be played on the last game of the regular season as it always has, without fear of an immediate repeat in a conference championship game.

The problem, of course, is that the East Division is top heavy with three of the league's most competitive schools in the fold.  This imbalance could be corrected with the addition of a certain marquee 13th member in the West division.  The problem then, of course, is that the only way the regional continuity of the divisions could be maintained is if the 14th member was a school east of Bloomington.  As a result, I think the next scenario could make more practical sense.

Although I've kept the directional names, we run into a bit of tension in Scenario 2 because "Western" school Michigan is geographically east of "Eastern" school Northwestern.  Still, we've achieved a better long-term competitive balance.  Scenario 2 preserves eight of the Big Ten's sixteen traditional rivalries.  The obvious dilemma here is the need to protect Ohio State and Michigan's ability to compete on an annual basis, and the risk that if the game were played on the last week of the season there's a possibility of a rivalry re-peat in the conference championship game.

You might point out that the obvious move then, is to port Penn State -- and not Michigan -- to the West Division.  But it's awkward to have the eastern most campus in the conference competing in the Western division.

So what if we got rid of geographic barriers altogether?

To calculate membership in this location blind scenario I first listed the teams in order of their rank in ESPN's Prestige Rankings.  Here's how the league stacks up.

I then held a "draft," where I alternatively split the teams in order between the divisions (forcing the Great Lakes division to take the two lowest ranked schools to compensate for its having the first pick).

Now suppose we adapted the best balance model to a 14 team conference with Notre Dame and Missouri:

Incidentally, here are the ranks of the additional members:

While the "balanced" divisions would probably be the most competitive, they wreak havoc on geographic cohesion.  Because we don't want to end up like the ACC, where I can't even name who is in each division without looking it up, my vote is for alignment Scenario 2.

Finally, some commentators argue that the best way to maintain a contiguous Big Ten brand is to spurn the idea of brick and mortar divisions altogether and to cycle the league through fluid 6-team competitive blocks on a season by season basis.  The blocks could be organized by lining up conference members in their order of finish from the previous season and then holding a one-by-one "draft" so that the defending league champion goes to Division 1, the runner up to Division 2 and so on and so forth.

While this may be the smartest way to keep divisions relevant on a year by year basis, treating each season like a pick up basketball game would be a confusing nightmare for fans, not to mention athletic directors forced to schedule on the fly.  I envision a scenario where spectators would have to carry "conference line ups" to games in November so that they could follow the divisional races.  Yikes.

Okay, that's all I've got.  The real purpose of this exercise is to hear how you would divide up the new Big Ten.

Do you agree with me that Scenario 2 makes most sense?  How about with 14 or 16 teams?