Welcoming Nebraska to the Big Ten

Share All sharing options for: Welcoming Nebraska to the Big Ten

So, the day has finally come.  The beautiful Big Ten logo, masterful and its use of negative white space, has been made obsolete. I say this with complete sincerity. I'm glad it's you. You have the tradition, resources, and fan base that is worthy of the Big Ten. I anticipate that Iowa and Nebraska will become yearly opponents, and perhaps see each other on the last weekend of the season each year. I look forward to the I-80 Battle. For the rest of the conference, let's learn a little bit about the what the Nebraska Cornhuskers bring to the table. 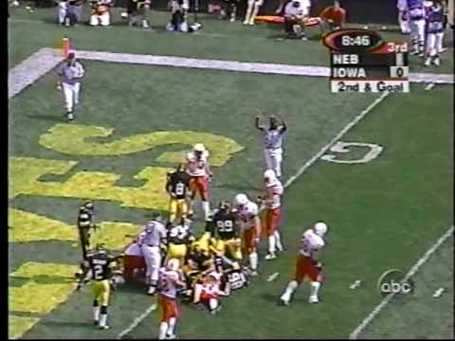 Edit: And per Iowa newspaperman Marc Morehouse at the Nebraska announcement, the Huskers will be joining in 2011, not 2012.

A Passionate and Polite Fan Base

Normally, when ESPN's College GameDay goes into a college town, fans of the local team jeer when the show runs a feature on the opposing team. That's half the fun of the show. But Nebraska fans in Lincoln — site of Saturday night's USC-Nebraska game — showed incredible class and respect when GameDay ran a story on Mario Danelo, the USC kicker who was found dead at the bottom of a California cliff a few days after last season's Rose Bowl. Not only did the fans in Lincoln sit in respectful silence, they gave polite applause after the piece.

Memorial Stadium holds over 81,000, and one would have to believe that Big Ten dollars will make the proposed additions a certainty. The fans are smart, vocal, and everywhere. SBNation has an OUTSTANDING Husker Blog, CornNation, that will serve as your jumping off point for all thing Big Red. Here's a great fan post from the site that details the current state of their athletic teams.

A Proud Tradition of Success

The Big Ten added Five National Championships to its ledger with the acquisition of the Huskers. I'll let the Michigan and Penn State fans argue whether Nebraska deserved the titles in 1997 (they did) and 1994 (they didn't). Nebraska also holds claim to playing in (and winning) "The Game of the Century" in 1971. That doesn't count the dozens of conference titles, All-Americans, and big victories. Yes, their Big-8 seasons could be derided as Oklahoma, 10 patsies, and a Bowl Game. But five championships in the past forty seasons give them more titles than anyone in the Big Ten. 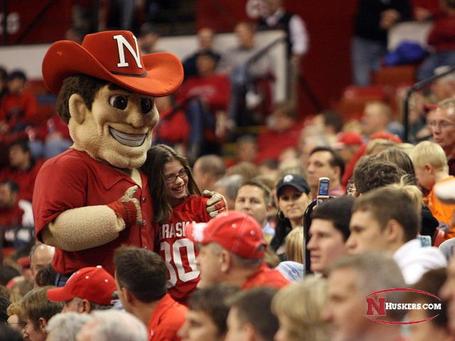 I want Herbie versus Boiler Pete versus Sparty in a cage match. It can be Big Ten Network programming for the summer.

Yes, there are Iowans who refer to Nebraska as the Bugeaters.  Here's why:

Before 1900, Nebraska football teams were known by such names as the Old Gold Knights, Antelopes, Rattlesnake Boys and the Bugeaters. In its first two seasons (1890-91), Nebraska competed as the Old Gold Knights, but beginning in 1892, Nebraska adopted Scarlet and Cream as its colors and accepted the Bugeaters as its most popular nickname until the turn of the century. Named after the insect-devouring bull bats that hovered over the plains, the Bugeaters also found their prey in the Midwest, enjoying winning campaigns in every year of the 1890s until a disappointing season in 1899.

After its first losing season in a decade, it must have seemed only fitting that Nebraska move in a new direction, and Lincoln sportswriter Charles S. (Cy) Sherman, who was to gain national renown as the sports editor of the Lincoln Star and help originate The Associated Press Poll, provided the nickname that has gained fame for a century. Sherman tired of referring to the Nebraska teams with such an unglamorous term as Bugeaters. Iowa had, from time to time, been called the Cornhuskers, and the name appealed to Sherman.

Iowa partisans seemed to prefer Hawkeyes, so Sherman started referring to the Nebraska team as Cornhuskers, and the 1900 team was first to bear that label.

Remember, Nebraska.  We gave you that name, and we'll take it back.

The Husker's history in basketball is thin, but they have a sweet new home coming soon. Getting away from Kansas can't hurt, as well.

Think about how much we've learned about Penn State over the last two decades. Now, they feel like old family - to the point that incoming Freshman will have never lived a day when Penn State was not a Big Ten member. There will come a point where Nebraska feels that way too.

And I'm looking forward to it.