Expansion & Chaos - It's All Part of the Plan

Share All sharing options for: Expansion & Chaos - It's All Part of the Plan 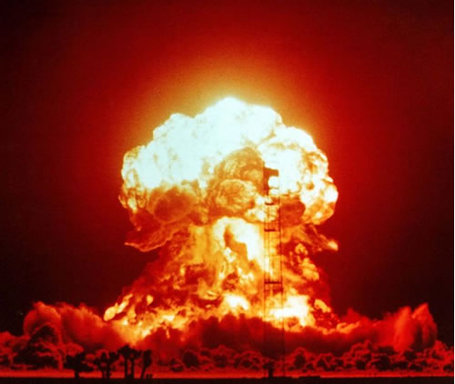 If you're like me, you spent a considerable part of last week scrolling through message boards and refreshing Twitter pages on your Blackberry, desparate for updates on the expansion front.  I'll admit it.  I'm addicted to expansion.  What started out as our own little imperial game, has turned overnight into a national arms race.  The rhetorical tropical storm we unleashed in December is suddenly boasting hurricane winds and threatening to smash the shores of the FBS.

Why do we love expansion like we do?  It's part self-interest, and part morbid curiosity.  Self-interest, because the Big Ten stands to benefit (and already has benefited) greatly from its Midwestern manifest destiny.  It's no secret that we're the alpha male in this process.  For fans of a league that's been the punchline of national jokes for half a decade, it feels good to remind the college football world that we're still in charge.  On the other hand, our obsession with expansion stems from a kind of morbid curiosity.  Like passengers in a vehicle driving by a serious car accident, we can't help but stare at the carnage. 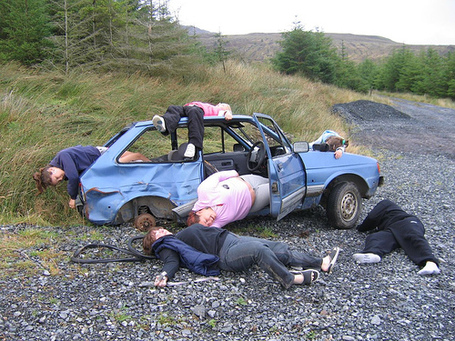 Heck, in some ways we're even rooting for it.  That's because the more dominoes that fall, the more likely it is that we leverage the home run addition that is Notre Dame.  If Texas announces that it's leaving the Big 12 for the Pac-10 on Tuesday, all hell will break loose.  Century old allegiances will fall by the wayside, one of the most competitive conferences in the nation will crumble, and we will watch from a safe distance, unphased by the chaos.

Why?  Because it's all part of the plan.

As Christopher Nolan's Joker espoused in The Dark Knight:

Nobody panics when things go "according to plan." Even if the plan is horrifying!

We've been talking about this day for months.  I've speculated about this scenario a dozen times, and yet now that it's really truly here, I find myself the slightest bit hesitant to cheer it on.  Don't get me wrong.  The Big Ten needed to expand to twelve teams, and picking up Nebraska was absolutely the right move.  With the Cornhuskers the conference is home to four of the seven winningest programs in college football history.  With twelve teams we can spilt into divisions, host a conference championship game, and broaden the strength of our brand on and off the field.

But that doesn't mean that we have to go bigger.  Just because Colorado and Nebraska left the Big 12, doesn't mean that Texas has to jump ship as well -- although that's not to say they wouldn't be justified if they did.  A part of me wishes that Dan Beebe would be successful in his plan to keep the 10 remaining members of the Big 12 together.   Still, I know that's a pipe dream.

The reality of this brave new world in college football is that everyone has to be in it for themselves.  That's not anyone's fault.  The push towards collegiate capitalism began long ago.  I only hope that as we move forward, we keep an eye on what's best for the athletes, and what's best for the game -- because in the long run that's really what's best for the fans.