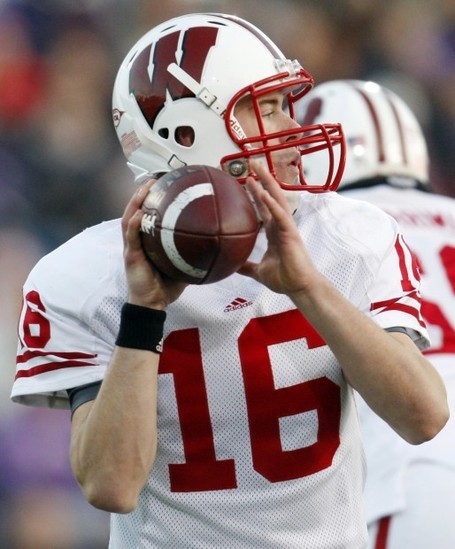 One thing you've got to give Wisconsin quarterbacks: they're not afraid to throw over the middle.  Although Wisconsin's passing game has historically been a product of dropping darts into the outstretched arms of NFL caliber tight ends, the Badger attack is becoming dangerously balanced under the leadership of Scott Tolzien.  Tolzien got the nod at the beginning of 2009 over veteran Dustin Sherer and almost immediately injected balance into a fundamentally solid unit.  Along the way he set the school record for completions in one season, with 211, and racked up 2,705 passing yards.  Not shabby for any team with John Clay on the roster.

We know he's got the looks, what about the touch?

How the Offense Affects Mechanics (A-):