Made to be Broken - Will Nebraska Pay Big for Leaving the Big 12?

Share All sharing options for: Made to be Broken - Will Nebraska Pay Big for Leaving the Big 12? 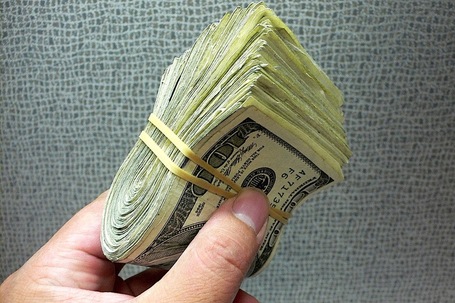 Yesterday the Omaha World-Herald provided an update on an important, but relatively ignored aspect of conference realignment: exit penalties.

It's well know that conferences attempt to discourage defections by building "damages" provisions into membership agreements.  At this month's press conference announcing the Regent's decision to apply for admission to the Big Ten, Nebraska Chancellor Harvey Perlman tackled the issue head on, calling any attempt by the Big 12 to collect the estimated $15 million in exit penalties it agreed to pay if it left the conference "inappropriate."  Commissioner Dan Beebe responded by towing the party line: "I'm not sure where he's getting that."

Both parties, of course, are referring to the Big 12's attempt to fix damages in the event of a departure of a member institution.  In contract law, these kinds of front end assessments are referred to as "liquidated damage" provisions.  It's well established that parties can agree ex ante what damages an offender will pay for a breach, provided that the "liquidated" assessment is a realistic amount and not an attempt to penalize or frighten the would-be breacher into performing.

Liquidated damage provisions are only appropriate in situations where 1. Damages are difficult to forecast at the time the contract was made, and 2. The provisions are a reasonable approximation of the damages the nonbreaching party would incur if a breach actually occurred.

Here there's no question that the financial consequences of a school's decision to abandon a conference at a future date are hard to pin down  That makes conference membership bylaws good candidates for fixed damage provisions.

Nebraska (and Colorado) aren't likely to contest the bylaws on that point.  Rather, they'll argue that the specific amount in question ($15 million) more than exceeds any reasonable forecast.  It's a penalty!  Since penalty clauses are invalid, the Big 12 would then have to sue Nebraska and Colorado for breach of contract and prove actual damages.  Obviously, both institutions would settle the matter well before it got to trial.

Some commentators have pointed out that by indicating a willingness to consider other suitors, schools like Missouri and Texas effectively broke their promise to the Big 12.  The theory is that this kind of "anticipatory repudiation," or conduct indicating that the repudiating parties (Missouri, Texas) would not perform their end of the deal, entitles the nonbreaching party (Nebraska) to halt its own performance and sue for breach.

That theory has no legs.  Mere flirtations do not amount to the kind of unambiguous conduct needed to establish a repudiation.

So we're back to where we started.  In the absence of a better defense to contract formation (fraud), it appears that Nebraska's best bet is to attack the liquidated damages provision on penalty grounds.

Then again, they could just ask Jim Delany for an advance on their Big Ten allowance.  Fifteen million is chump change to the father of the Big Ten Network.