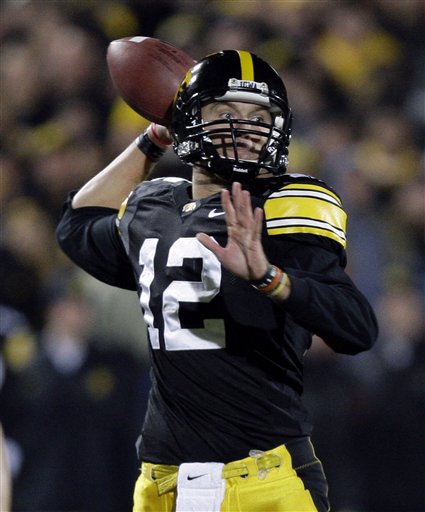 Warning: This evaluation will not be able to explain the inexplicable interceptions thrown by Ricky Stanzi. A quick look at his pocket presence will give some clue as to the constant stream of gift touchdowns for the opposition. We will also pay close attention to Ricky's excellent release point, his weak forward step, and his improving rollout form.

How the Offense Affects Mechanics (B+):