The Pac 16: Good for the Big Ten, Bad for College Football

Share All sharing options for: The Pac 16: Good for the Big Ten, Bad for College Football 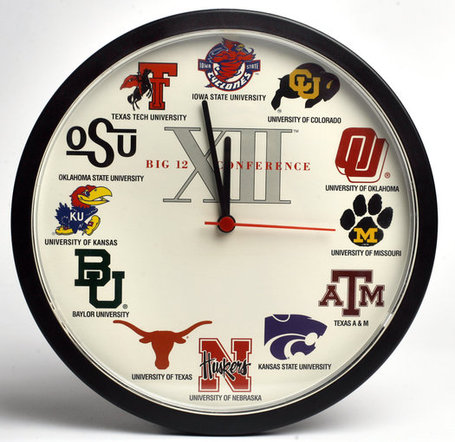 Is it Minutes to Midnight for the Big 12 Conference?  Courtesy Kansas City Star.

We've been relatively silent on the expansion subject for the past month and a half and the reason is simple.  No real, substantiated developments have occurred, at least publicly.  That all changed over the past week.

First, Dan Beebe's attempt to create a handshake consensus at the Big 12 league summit dramatically backfired after Missouri Athletic Director Mike Alden refused to be pigeonholed.  Then, a report from Texas' Rivals.com website Orangebloods.com announced that five Big 12 South schools and Colorado were being targeted by the Pacific 10.  The report had the same effect on the league's presidents and athletic directors as a 1,000 point drop in the Dow has on investors: allegiances went by the wayside.  Seemingly Lame Duck Commissioner Dan Beebe canceled a press conference where he had been scheduled to appear with Texas President William Powers -- chair of the Big 12 Board of Directors.  When Beebe finally spoke, he expressed confidence in a vague "process," alleged to save the league.

At the same time The Columbus Dispatch published the results of an Ohio State FOIA request for correspondence related to Big Ten Expansion.  Several e-mails between Ohio State's President Gordon Gee confirmed the Big Ten's interest in Texas but emphasized baggage in the form of Texas Tech and Texas A&M.

Still, Delaney's response was the real gold mine.  Within an hour of receiving Gee's e-mail the commish responded "We are fast-tracking it but need to know the $ and observe contracts," Delany wrote. "Also need to make sure we leverage this to increase chances of hr additions. Finally double chess # of moving parts including not harming brand as we executy." 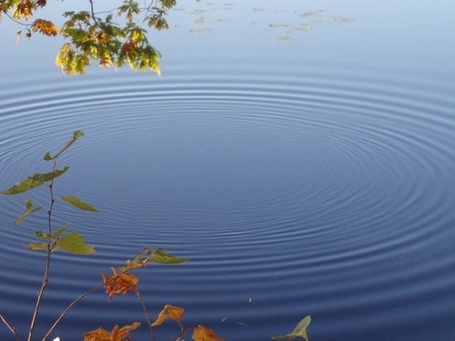 Jim Delaney understands the value of the ripple effect.

Three broken sentences say volumes about an otherwise closed process: First, the charge towards expansion is a rush and the Big Ten is moving with all deliberate speed.  Second, Delaney is purposely making waves across the college football landscape by courting chaos, and encouraging other conferences to join in the dance.  By inciting panic across the nation, the Big Ten can effectively force resistant target institutions (e.g. Notre Dame) from the apparent safety of the shallows and into the open water.  Third, the Big Ten is thinking big big.  This isn't just about nabbing a couple of minnows.  The conference is after home run additions.

Yesterday morning, Pac 10 Presidents gave Commissioner Larry Scott the green light to proceed with expansion.  It's not clear whether his express authority requires any additional approval before actual invitations can be extended.  At the same time, the Austin American-Statesmen reported that Nebraska and Missouri were given an ultimatum by Big 12 Presidents to declare by Friday whether they were in or out.  The tactic is apparently a last ditch effort to keep the young league in tact.  If Missouri and Nebraska are truly risk adverse, they may decide that a bird in the hand is better than two in the bush.  After all, if the deadline holds fast, the schools might be in the unenviable position of having to abandon ship without lifejackets.  Still, we know that Jim Tressel and Tom Osbourne met, so there's no question that the league is interested in the Cornhuskers.  And, Michigan State President Lou Anna K. Simon admitted that the actions of other conferences might affect the league's original 12-18 month deadline.  That means the Big Ten will do what it has to do to secure a favorable outcome.  Could that mean inviting one or both Missouri and Nebraska to apply for admission as soon as this week?

I can't help but feel that the last 72 hours have been great for the Big Ten.

I know, I know.  We've had our eyes on Texas since the beginning.  The Longhorns have gone from a closet pipe dream to a serious contender to a long shot and back to a possibility in less than three months.  Still, despite Texas' obvious competitive and economic appeal, the reality is that an addition of the Longhorns would mark a serious departure for the Big Ten.  Not only would a strange island separated by no fewer than three states suddenly appear to the southwest on the Big Ten atlas, but the conference's core Midwestern ethic would be supplanted by boots and spurs.  Let's face it: fall foliage just doesn't mix with tumbleweed.

Still, I bet you want to fight for Texas.  Here's the reality: The Pac 10 is the only conference that might have a better shot at the Longhorns than we do.  (Yes, SEC fan, you read that right).  Sure, we can guarantee more television money right now, but if Texas joined the Pac 10 they could create a Pacific Network that would include no less than 40% of the major metropolitan areas in the United States.  That would certainly be profitable in the long term.  Then there's the fact that the Pac 10 measures up to the Big Ten academically.  That mitigates our normal trump card. 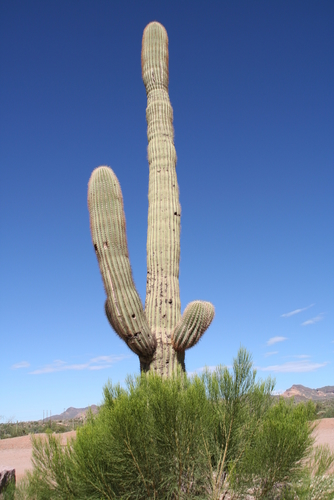 Sure, I see these all the time in East Lansing.

Not only is Texas socially and geographically more similar to Arizona and California than Ohio and Pennsylvania, it looks like they'd be able to take their rivals with them to the Pac 10.  There's been no mention of accommodating Oklahoma or any of the Texas schools in our invite.

Finally, I just don't want to deal with the "Tech problem."  The prospect of having to take Texas A&M, and Texas Tech to saddle the Longhorns is like getting the hottest girl in school to go with you to the prom and having her mom and dad tag along as chaperons for the entire night.  Your chances of seeing her naked are zilch, just like our chances of maintaining a historic and cohesive brand with the Red Raiders in the fold.

Close your eyes and think about it for a second.  Texas in the Pac 10 makes more sense and that's why if they go anywhere I think it'll be west.

But that's not the end of the world.

The More Chaos, The Better

That's because Notre Dame remains the Golden Ticket.  And the more dominoes that fall (or appear to be imbalanced), the better the chances that we can "force" the Irish's hand.  Now look, I'm not saying the Big Ten should maliciously wrestle a proud independent tradition from the cold bony fingers of Domer alumnae, but I am saying that if superconferences are to be the new status quo in college football, South Bend is going somewhere.  It might as well be the same place they've already been hanging out for the past century. 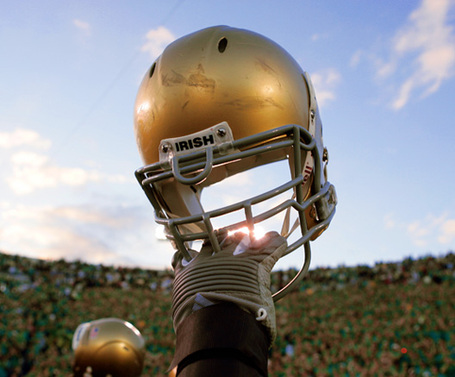 If the Pac 10 goes to sixteen teams, they'll kill the Big 12 in the process.  They'll only get the chance to do that if Missouri and Nebraska remain defiant.  The Tigers and the Cornhuskers will only hold out if the Big Ten promises them seats at the table.  That means the Big Ten is going up at least by two.  But an odd number, of course, makes no sense -- so we have to assume that the conference will grab someone else.  Let's say it's Rutgers for our purposes.  Now the Pac 10 has 16 members and the Big Ten has 14.  The SEC isn't going to sit idly by and watch their hegemony go down the drain.  The Sesch will add either 2 or 4 new members, and they'll take them from the ACC.  How will the Atlantic Coast Conference and the Big East cover their losses?  Simply: by merging together.

Now, if NBC has the chance to sign an exclusive agreement to broadcast the action of any one of these giants do you really think it says no so it can extend its coverage of a single school?  And do you really think that the BCS will continue to give deferential treatment to the Notre Dame brass when the system has to allocate a finite number of bids among four dynamic entries?

I say no.  And that's why Notre Dame will be forced to join the Big Ten.

In the proceeding paragraphs I discussed what is likely to happen to the college football landscape if and when the Pac 10 pawn strikes.  Still, let me add a word of caution.

What makes college truly special, and in many ways what separates it from the cluttered morass of professional sports, is its regional character.  From the classic land-grant rivalries in the North, to the electric night lights in the South, our sport is defined through a rich web of proud generational identities.  To the extent that the Big Ten and the Pac 10 expand at all, they should tailor their reach to respect regional barriers.

After all, I don't ever want to see Texas Tech representing the Big Ten in the Rose Bowl.  And Southerners sure as hell don't want to have to root for a school above the Mason-Dixon.  Especially in the national championship game...