Where I Come From: Expectations For the Big Ten in 2010

Share All sharing options for: Where I Come From: Expectations For the Big Ten in 2010

We're optimistic on TRE this year. Real optimistic. That's what four big-time bowl wins over Miami (FL), LSU, Oregon, and Georgia Tech will do. Ted's first round of offseason predictions even feature a week 1 win over ND and an alluring blond woman. As I said, real optimistic.

But we're past all that small potatoes stuff. We want MNC's. We want to be known as the deepest conference in the nation, not just the richest. So tell us what you think - Is this the year of the Big Ten? 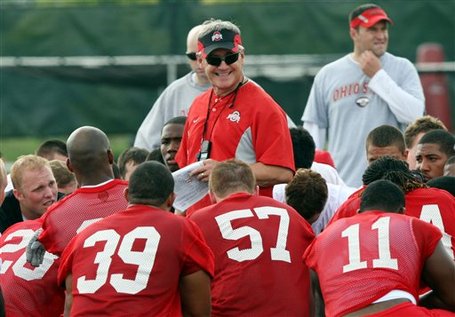 Every year, I root for OSU to go 0-13. Needless to say, they rarely comply. So this year, I will continue my rooting streak with one small caveat. IF in fact the Bucks make a run to another big time bowl game, I will exercise a little illogical regional pride and ask OSU for another physical domination. I mean how could you now love the Rose Bowl win? By the end, the Buckeye linemen were blocking after the whistle and grinning like idiots because a) they are and b) they just loved pushing the Ducks around. Nothing I love more than trench toughness. With that said, it's trench warfare again this year. I expect Michigan to improve, especially with Denard Robinson at quarterback (I'm serious, I could see that working out). I expect Purdue's experience on the defensive side of the ball to help early against Notre Dame. I don't think we see an undefeated team thanks to decent conference depth. 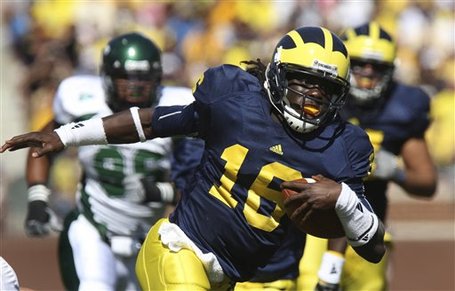 In a nutshell, a lot.  This is the deepest Big Ten field since the early aughts, and there are strong, competitive teams seven deep in the conference.  Ohio State is the early favorite, but Iowa, Penn State, and Wisconsin are legitimate contenders as well.  If there is an undefeated Big Ten champion, they will play for the National Championship, possibly against Nebraska.  Wouldn't that be something?  8 bowl bids is not unrealistic, and two BCS bids seem almost a given.  Michigan is still the wildcard in all of this, and if they can rebound and be the Michigan of old, the expectations game gets ratcheted up even more, especially as we head into 2011 and a conference championship game. 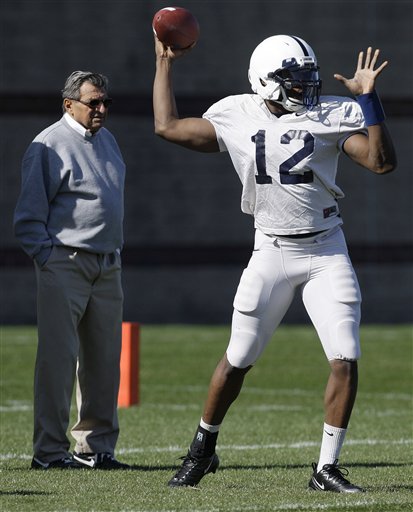 It is time for the Big Ten to finally shed the shackles that the national media had placed on them, once again claiming their rightful spot as the best conference in the country. With one team heading to the NCG, and a future team planning on meeting them there, it is going to be a breakout year for the Midwest. I expect two 1 loss teams, as well as an undefeated, to enter post season play. Had it not been for the Rose Bowl's new policies, I would have expected three teams from the conference to enter BCS Bowls. Either way, this is going to be a great year for the conference. 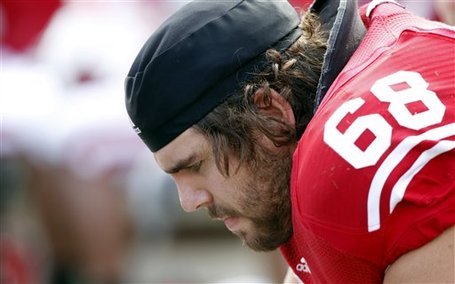 Yup, Gabe's going to smash you.

I expect us to continue to play a physical brand of football with a premium on the run and run stopping.  I expect games to be won at the line of scrimmage.  I expect big time players to step up in big time situations.  I expect Ohio State to stay on the top of the heap, Indiana to stay near the bottom, and for Michigan to continue to struggle.  I expect Wisconsin to make a run at the Buckeyes.  I expect two Big Ten coaches to lose their jobs by year's end, but I'm not willing to say which two quite yet.