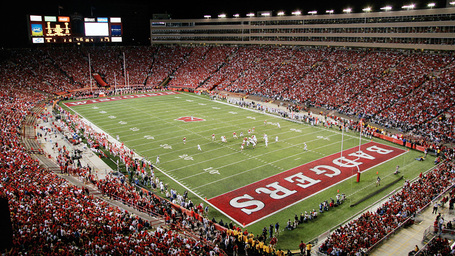 The road ends here for one of the Big Ten's national championship hopefuls.

I know, I'm not supposed to be here.  But I find myself in need of a football fix after a long day of studying.  Since the informal theme of the week seems to be looking ahead at games to circle on the calender, let's talk five upsets just begging to happen.

Note, this isn't a feel good piece.  If you prefer to continue to revel in lofty preseason aspirations, be my guest.  Just don't say I didn't warn you.

Here are five big upsets on the horizon.

In the wake of Appalachian State and Utah, it seems a bit anticlimactic to pick the Wolverines to drop their third opener in four years.  But Randy Edsall is bringing an up-tempo, no-huddle offense to town that averaged 31 points a game in 2009.  Sure that was against Big East defenses.  What do you think Michigan's running?

The nail in the coffin: Greg Robinson's 3-3-5 boasts a secondary that can't get into R-Rated movies.  They're really that young.  Huskies quarterback Zach Frazer had a golden gun down the stretch in 2009.  Four starters back on UConn's offensive line means the Huskies dominate the Wolverines in the trenches.

This one turns into a shootout in the third quarter, and UConn pulls the pin on the Rich Rodriguez grenade. 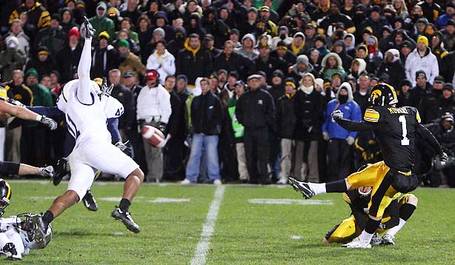 Payback is a bitch.

Iowa fans have been playing with fire for the past two seasons.  They're about to get burned.  A lot of pundits see the Hawkeyes slipping up in week three at Arizona.  I think the national championship hopefuls escape Tuscon, but fall well short of last year's 9-0 mark.

The nail in the coffin: A young offensive line hangs Ricky Stanzi out to dry.  Adrian Clayborn and Evan Royster trade punches for most of the night before a late Stanzi interception sets up the go ahead touchdown.

Did you really think they'd beat them three times in a row?

This one has Gameday written all over it.  A 6-0 Buckeye squad should make the trip to Madison to face a 6-0 Badger unit.  Ohio State will be the clear favorite, having earned a decisive win over Miami (FL) in Week 2.  They'll be lots of comparisons to the 2006 team.  Terrelle Pryor as Troy Smith, DeVier Posey as Ted Ginn Jr...

But something just won't click that night at Camp Randall.  Scott Tolzien will lead the Badgers on an opening touchdown drive, and the Buckeyes won't ever recover.

The nail in the coffin: Almost a year to the day after last year's disaster at Purdue, the ghosts of inconsistency will rattle Terrelle Pryor and his second trip to Madison will end very differently than his first. 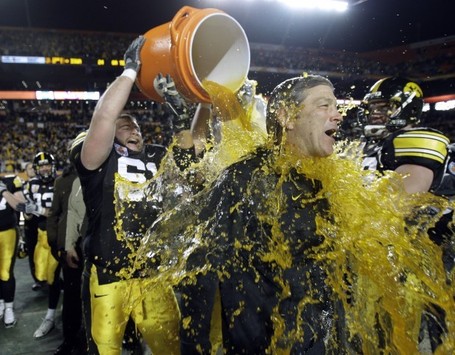 The glory will be short lived.  A week after upsetting a monster Ohio State squad and ascending to the highest ranking in Bielema's tenure, the Badgers will stumble in dramatic fashion against Iowa.

The nail in the coffin: Iowa's defensive line bottles up the Badgers, and the Big Ten race becomes a cluster down the stretch.

There's a bit of bad blood between Rich Rodriguez and Danny Hope, and I think the Boilermakers capitalize off of their home field advantage.  Quarterback Robert Marve and wide receiver Keith Smith continue to make names for themselves against a Michigan secondary that by now is ranked in the bottom 20 percent nationally.

The nail in the coffin: It's not like Purdue's pass defense is much better.  But Ryan Kerrigan explodes for 2-sacks and a forced fumble, and Stephen Schilling and center David Molk can't eclipse the Boilermaker's run defense.