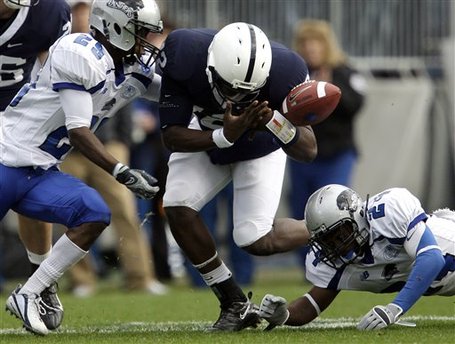 Kevin Newsome, the former Michigan recruit turned probable Penn State starting quarterback, is one of the best athletes in the Big Ten period. And judging from the way PSU found ways to showcase the various tools of Michael Robinson and Daryll Clark, I've got to assume Paterno and co. will tweak the Spread HD in a way that allows Newsome to succeed.

How the Offense Affects Mechanics (Incomplete):

[Editors Note: I watched Kevin play the piano here. I watched him play football here...and here in the Spring Game.]