Where I Come From: My All-Time Favorite Big Ten Team

Share All sharing options for: Where I Come From: My All-Time Favorite Big Ten Team

Michigan fans are almost sure to say 1997, because damn were there so many amazing players and great wins. OSU fans, at least the younger ones, will probably say 2002, because all those John Cooper losses just leave a bad taste in your mouth. But when you're picking an all-time favorite team, the rest of the Big Ten will have a tougher call. PSU '94 or '05? Wisconsin '99 or '06?

I know all of you have an affinity for snappy white receivers, mauling linebackers, and clutch kickers, so per usual, pick a year and tell us why that team is your favorite.

UM '97. One of the things I remember, besides the amazing Woodson INT and beating our three rivals, was the toughness of the defense. I loved how BIG the linebackers were; Sam Sword, Dhani Jones, James Hall...all monsters. The offense wasn't very good, but it didn't matter. After the Iowa game, I didn't believe that we would lose to anyone else. What a feeling, after that Rose Bowl, knowing that no team bested Michigan that year. 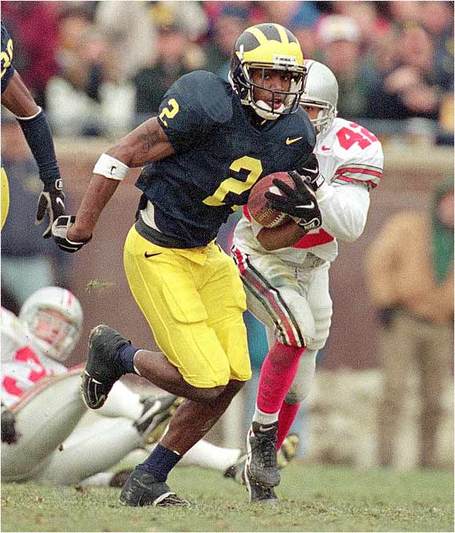 2002 Ohio State team, followed closely by the 1984 Ohio State team that went to the Rose Bowl.  2002 was the most fun, yet most nerve-wracking year as an Ohio State fan, but it was worth it.  Critics like to disparage that squad as the ‘Luckeyes', but something like 20 of 22 starters went on to play in the NFL.  That was a great team that took on the persona of their coach and beat what many people considered was an unbeatable team.  Yes, they were lucky, but they were damn good.  And good teams make their own luck. 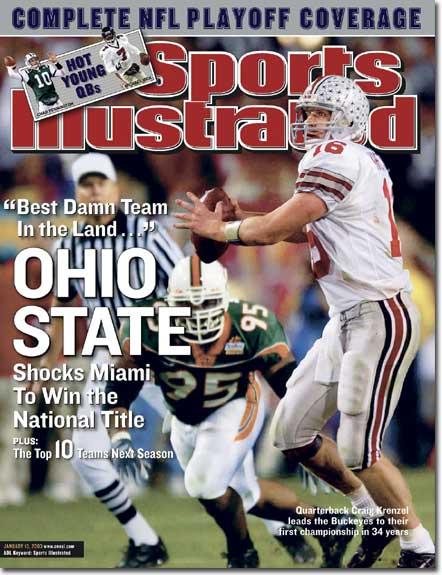 It seems like most of the 1980's teams are sort of forgotten, for whatever reason, but 1984 was a great team, with players like Jim Karsatos, Mike Lanese, Cris Carter, Keith Byars, Chris Spielman.  It's true some of those teams under achieved, but 1984 had some great moments, including Mike Lanese's acrobatic diving catch that kept alive the game winning drive against Michigan, and a ridiculous comeback against Illinois, lead by Byars.  Chris Spielman set a freshman record for tackles in the Rose Bowl, but OSU came up short against USC.  Still a great season, though.

Since Ted already took the 2002 squad, let me cast a vote for the 2005 Buckeyes.  They suffered a heartbreaking loss in the second week of the season to the national champions to be Texas Longhorns, and dropped a second regular season game in Happy Valley.  Yet, despite those blemishes, this team was all heart.  A.J. Hawk and Bobby Carpenter fronted a defense that was one of the most fearless I've seen in scarlet and gray.  Troy Smith developed from a modest passer to a rocket launcher, flanked by Santonio Holmes and Anthony Gonzalez.  Nick Mangold completed the list of future NFL laureates.  I watched this gang pile up 617 yards of offense on Notre Dame from 40-yard line seats at Sun Devil Stadium.  It was the beginning of five consecutive ten win seasons, and counting...

What I Love About Big Ten Football