Where I Come From: My Favorite Big Ten Player of All-Time

Share All sharing options for: Where I Come From: My Favorite Big Ten Player of All-Time 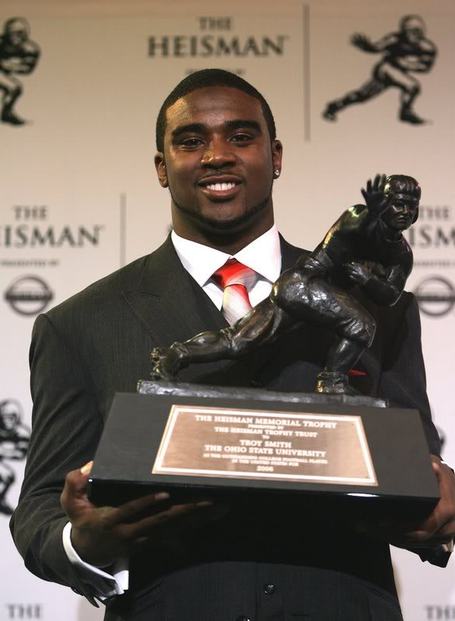 This piece separates say, Troy Smith and Craig Krenzel. Smith was more talented, won a Heisman, and plays in The League, but Krenzel probably holds a deeper place in Buckeye hearts.

Do you choose the scrappy SOB who fought their way to success? Or did you love the effortless cool of everyone's All-American BMOC? I'll be intrigued to see which individuals get chosen. Anyone who picks Maurice Clarett gets +1000 points and a car from TRE because that is a gutsy choice.

I grew up without a TV; my father was a writer who saw no need and my mother was an academic. After I began showing an unnaturally high love of college football, my parents borrowed a TV for the slate of New Year's bowl games circa January 1993. I can't remember if the TV was color or not, all I know is that when I saw Tyrone Wheatley galloping, just busting through the Washington defense time after time, I had found my hero. I spent the next couple of years trying to emulate those bursts of speed. If I was drinking, I'd raise a glass to the Olympic sprinter straight line speed of Tyrone Wheatley. 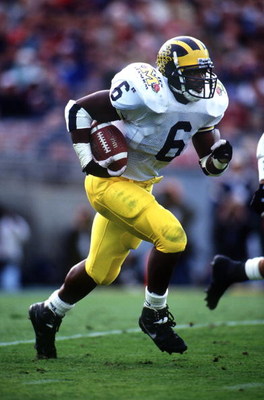 With all due respect to Eric Decker and Laurence Maroney, I was always an MB3 guy.  Marion Barber is my favorite kind of running back: fast enough to get to the corner, shifty enough to make a linebacker miss, but he'd just as soon run you over as try to get around you. 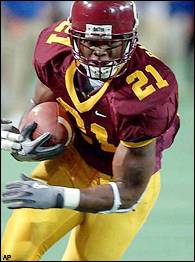 Keith Byars, Ohio State Running Back.  Byars is overlooked in the pantheon of all-time great OSU backs, but he shouldn't be.  He finished second in the Heisman voting behind wunderkind Doug Flutie, and set an OSU rushing record with over 1,700 yards in 1984.  If Flutie hadn't completed that miracle pass against Miami, Byars would've been remembered for almost single handedly beating Illinois at home after Ohio State spotted them a 31-7 lead.   I will never forget after Illinois went up by what seemed an insurmountable lead either late first half or early second half, TV cut away to the Buckeye bench.  Byars looked into the camera and said ‘we're coming back', and they did, winning a 45-38 shootout.  Byars had almost 275 yards rushing and 5 TD's.  He was the pre-season favorite to win the Heisman in '85, but broke his foot in spring practice and never really recovered.  Then he went into the NFL. 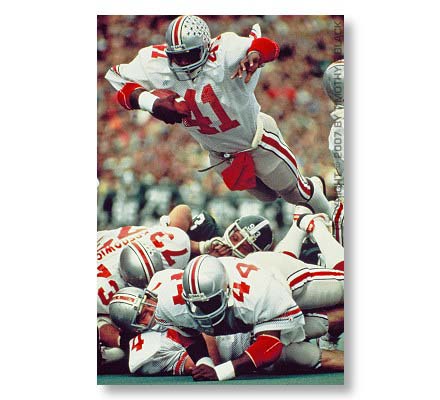 This is one of the toughest questions to ask a Big Ten fan, as there are hundreds of players who stepped up, made a play, won a national championship, and got a place in our hearts. Charles Woodson of the Michigan Wolverines, the first and only primary defensive player to win the Heisman. Archie Griffin, the only two-time winner, and an amazing running back. Chris Spielman, a man who clearly defined what it was to be a husband, a father, and a soulmate. Bruce Smith, the only Heisman winner from Minnesota, and a leader of a back-to-back team. These people are all great players, and they are all equally my favorites.

Now, if Terrelle Pryor decides to step it up this year, I might have a clear winner...

Craig Krenzel.  He wasn't the flashiest, or sharpest, but he got the job done.  In many ways this soft-spoken, sandy blond signal caller epitomizes Tressel.  Smart, hardworking, and down to earth.