Is Ohio State the Most Consistent Program in College Football?

Share All sharing options for: Is Ohio State the Most Consistent Program in College Football? 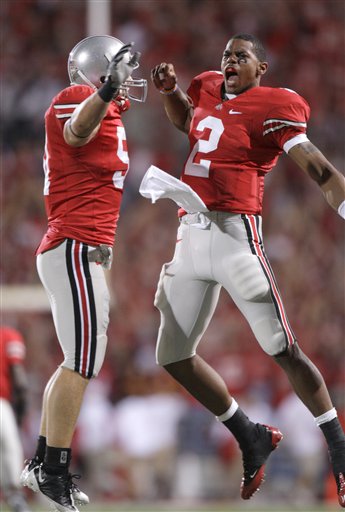 The Big Show on 97.1 The Fan Sports Radio in Columbus did an interesting feature this afternoon on the number of elite programs in college football that have been inexplicable victims of a competitive recession.  Although Michigan remains the all time winningest program in the history of the game, they're currently the poster boy for the sleeping giant syndrome.  Notre Dame remains on life support after slipping into a coma of mediocrity sometime around 1996.  It wasn't too long ago that Alabama was a 3-8 football team.  Almighty Florida was pretty much irrelevant prior to 1984, and was a model of inconsistency under Ron Zook.  After back-to-back championships in 1994 and 1995, Nebraska went into hibernation for over a decade.  Miami was a blip on the radar before 1979, and has only began to restore its "swagger" after an ugly 2006 on-field brawl. USC went 37-35 from 1996 to 2001, barely filling the Colosseum half full during that time.  Texas posted losing seasons in 1988, 1989, 1991, and 1997 -- where an embarrassing 4-7 finish ushered in the Mack Brown era.

When it comes to the NCAA ruling class it appears that the bigger you are, the harder you fall.  Yet if there's any exception to the rule it seems to be at Ohio State, where the Buckeyes have gone eight decades without a major slump.  The Buckeyes have racked up 34 Big Ten titles in 98 years.  That's one title every 2.88 years on average.

It's a nice stat, but pure averages don't tell us much when it comes to consistency.  After all, Alabama's 22 SEC wins in 78 years give it a slightly lower average than the Buckeyes (2.82 years), but the Crimson Tide were MIA for the better part of the Aughts.

Let's take a fresh approach to the question of what program is the most consistent in college football, one that starts and ends with losing seasons.  In this article, I compare and contrast seven elite programs (Michigan, Notre Dame, Texas, USC, Alabama, Oklahoma, and Ohio State) based on the number of times they've finished with more losses than wins.

Why is this a good measure of consistency?

It's simple.  Elite programs should never lose more than they win.  Ever.  That's because the major players have the deck stacked in their favor.  They have the largest fanbases so they pull in the most revenue.  They also get the most exposure.  The spoils translate to better facilities which bring the best recruits.  The best athletes give the programs a competitive advantage, which translates to more money, exposure and influence.  It's a positive feedback loop that allows the rich to get richer.

Anytime a team with these innate advantages fails to hit .500, they are the definition of inconsistency.

You left out Florida, Miami, Florida State, and Penn State.  What gives?

Don't get me wrong.  All of those programs are modern elites.  Each boasts a contemporary dynasty which delivered multiple titles and scores of exposure.  Each is chalk full of history, tradition, and passion.

The problem is that college football has been played for 120 years, and a consistency evaulation demands teams that have reached the pinnacle of the sport in more than one or two decades.  Each of the seven teams I picked has won national championships in at least three different decades, and also appears in the Top 10 for all time wins in college football.

Let's get to the analysis.

First let's look at the number of losing seasons each program has: 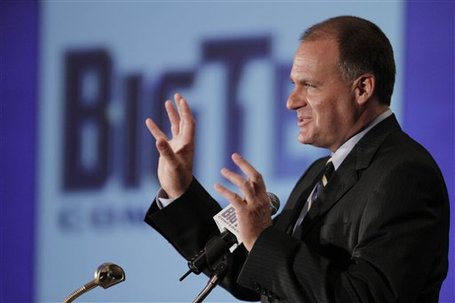 Because these two programs have disproportionately put up losing efforts, neither can be the most consistent program in college football.

Next, let's look at the average period between losing seasons for the remaining five programs:

The higher the number the more consistent a program has been.  After all, if you're not losing you're winning.  Although Texas and Ohio State both have the same number of losing seasons, the fact that Texas has a smaller average number of years in between means that the Longhorns are more likely to lose in batches.  This "cluster" effect (e.g. more than one losing season in a row) is bad for consistency.

Accordingly, Texas is out. 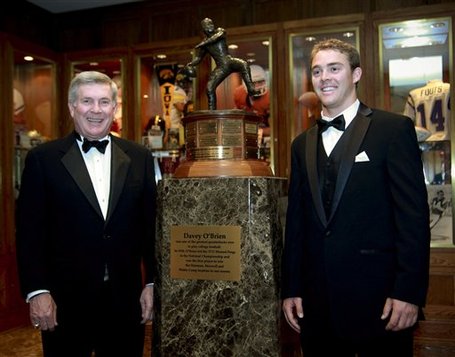 They clean up nice though.

Turning to the remaining four programs, each has a relatively similar average number of years between failures.  To distinguish them from one another let's look at the data a little more closely.

The good news is that four of the Buckeyes' losing seasons came in the nineteenth century in the first decade of the program's existence.  The bad news is a back-to-back-to-back slide from 1922 to 1924.  Still, only 3 of Ohio State's 12 seasons to forget occurred after 1950.  It's been 22 years since the scarlet slid below .500.

Unlike the Buckeyes, the Irish have done most of their damage in modern times.  Six of Notre Dame's 13 losing seasons came after 1980 although the Irish ran a pretty clean ship for the first half of the twentieth century.  The Irish were most recently hit with a losing season in 2007.

Alabama fans would like to forget the 1950s, a decade in which the Crimson Tide registered 5 losing seasons.  Bama was bitten by the bug again at the turn of the millennium, suffering three losing seasons from 1997 to 2003.

But for inexplicable back-to-back-to-back losing seasons from 1996 to 1998 Oklahoma would look a lot like Ohio State.  Still, the fact that the Sooner's record has two black holes can't be ignored.

So what do you think?  Is Ohio State the most consistent program in college football?