About Those Divisions: I See a Parallel

Share All sharing options for: About Those Divisions: I See a Parallel

When I drafted Twenty Big Ten Predictions for 2010, I stated that we would see disagreement with the divisions no matter how they shook out. [EDIT: Here's Dennis Dodd with his predicted take] That seems to be playing itself out on the message boards. Personally, I think that the conference did very well in splitting the teams. There was no magic bullet fix, and you couldn't have assigned the teams in a way that was more equal. 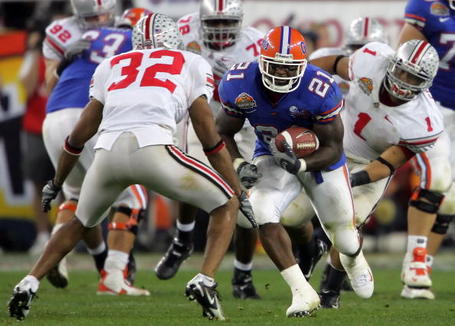 More in common than just a title game.

What we care about - what we SHOULD care about - is that the teams have an equal shot to reach the Big Ten title game. That in most years, there won't be a good division and a bad division. That in most years, two very good teams reach the Conference Championship Game. And, I think we'll see that. But, that's all based on past performance. Looking forward, I think we can see a model for what we can anticipate for the division crowns.

As I look at the X Division (that of Ohio State, Penn State, Wisconsin, Purdue, Illinois, and Indiana), I can't help but see the SEC East. In 18 years of SEC Divisional play, Florida has won 10 SEC East titles. Would you be surprised if Ohio State won 5 of every 9 Big Ten Division X Titles? That ratio, based upon the Buckeyes past two decades - where they were the best team in the league - seems about right. Both Florida and Ohio State have been dominant forces who have maintained control of their conference foes.

Penn State would be in the position of Tennessee, who won five of those 18 crowns. Even in their best years, it still felt like an upset when Tennessee got past Florida. The Ohio State-Penn State games have a similar dynamic. Georgia won the remaining three SEC East titles, and it's not too hard to imagine Wisconsin picking off three titles in an 18 year span. What has always been the case in the SEC East, and what I anticipate will be the case in the Big Ten X, is that the Division is stacked at the top, leaving little chance for the three weaker teams. Purdue may become equatable to the perpetually 7-8 win South Carolina squad. Illinois may become like Kentucky - able to make bowl games on a semi-regular basis, but never really a threat to win the division. Indiana as Vanderbilt? That's a pretty good match. 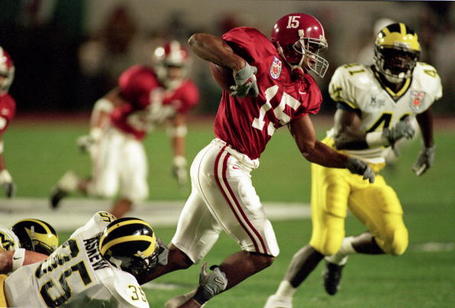 The Big Ten O Division (with Nebraska, Michigan, Iowa, Michigan State, Minnesota and Northwestern) may well show itself to be more comparable to the SEC West. In the West, we've seen Alabama and LSU combine to win 11 of the 18 crowns. Assuming that Michigan and Nebraska return to their historical norms, that number may actually be one or two low. However, it is a fair prediction that Big Blue and Big Red will combine for a majority of the Division O titles. Arkansas and Auburn each have claimed three SEC West titles, and I think that it's fair to project about the same rate of success for Iowa and Michigan State. And in an odd year, even Mississippi State won an SEC West title...I guess it's possible that Northwestern might squeak out one every 18 years, too.

What's interesting here, is that when the middle tier of teams (Auburn, Arkansas and Mississippi State) made it to the championship game, they didn't have much success (combined 1-6). In other words, in the right year, they could get through a balanced division. However, that didn't mean that they were the equal of Florida or Tennessee. In years where Iowa or Michigan State make it through the O Division, will they have any better luck against Ohio State or Penn State? The Hawkeyes' history with the Buckeyes and the Spartans games with Penn St. don't inspire much confidence. Oh and yes, Ole Miss's futility and Minnesota's futility seem to match up as well. 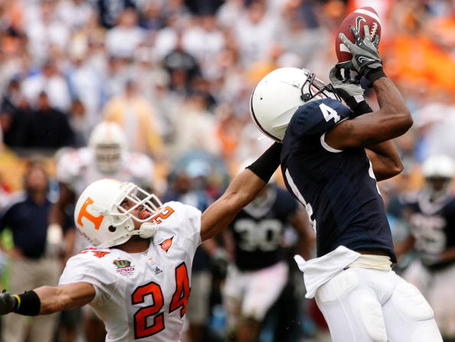 So when all the dust settles on Big Ten expansion - assuming that there aren't four more teams being added in 2013 - could we see the league marching in the steps of its Southern rival? Don't be surprised if that's exactly what happens.