Have you submitted your OPC Predictions for this week yet? Go here to do so. Do you believe FSU can snap Oklahoma's home win streak with a healthy Christian Ponder? Do you think a talented Michigan team can run past Notre Dame with Touchdown Jesus watching? Weekly winners get respect, but if you win the overall competition, you get something better than respect, like a hoodie from your favorite team.

In case you're not fluent in 1-AA mascots, that's Redbirds, Coyotes and Leathernecks respectively.  All in all, a pretty good set of nicknames, if not football teams. I want to see three easy wins this week. Purdue, most of all, needs to step up and show the promise that so many expected from them. 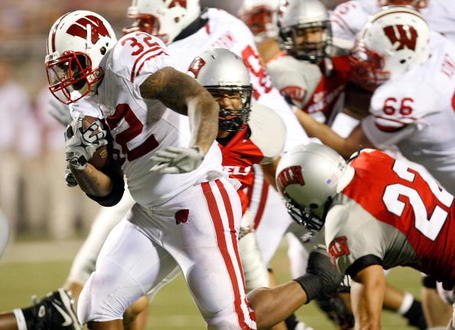 More of this please.

I want to see Wisconsin take care of the ball in their easy win. Last year's problem reared up again in Las Vegas. And as an aside, San Jose State is the 6th best team on the Boise State schedule (by preseason rankings). They just lost to Alabama by 6 touchdowns, and will likely do the same in Madison. I'm not saying, I'm just saying.

I love this aspect of college football. This is a home game for Florida Atlantic. To make the most possible money off of a Big Ten visiting South Florida, they rented Ford Field in Detroit. It does hold more fans. I doubt that it holds more Owl fans. I want another strong showing by a team that could be the sleeper of the Big Ten this season.

I want the Iowa streak of 14 quarters without allowing an Iowa State touchdown to reach 18. I'll be happy with a nice rivalry win, though. 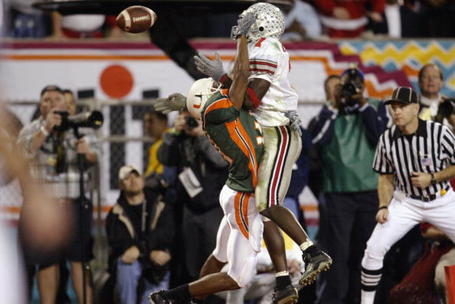 I want a game that isn't decide by a late flag, but rather by a couple of scores. Ohio State is better than Miami. Let's see it.

I want a win. I want the echoes to hit snooze. I want to see Denard Robinson make me even more afraid of the Iowa visit to the Big House.

I want to see the Illinois get this win in a business-like fashion and move on. No drama, no problems. Actually coming back onto the field after halftime will be progress from last week.

I want...<gulp>. I want to see Alabama win. As I've written here before, I have no quarrel with Penn State. I genuinely like them, and root for them in all of their Big Ten games but one. And the way the schedule breaks down this year and next, I'll root for them in 10 of 12 games. This is just one of those two. Roll Tide! I expect the Lions to lose by a count of about 27-6. 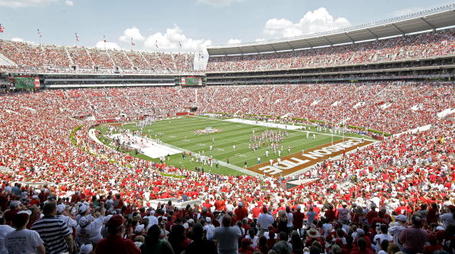 Rest up. Those mighty Hilltoppers of Western Kentucky are on their way.

When It's All Said and Done

I want a week with only one loss. It can and should happen.

I kind of expect the Big Ten to slip up somewhere. Michigan could drop this one in South Bend. A Miami win isn't unthinkable. Even, and this would really hurt, Iowa State has been known to catch big brother napping. Something tells me that Penn State will be joined in the losers column this week.

We've got a solid start. The Big Ten is 9-2 (.818) out of conference.  The league is 2-2 against BCS Conference teams (plus Notre Dame). The league has zero losses to non-BCS teams.