Let's be honest. Two of the easiest columns to write (and get feedback from your readers) are 1) the power rankings column and 2) the pop culture comparison column. Much like that magical day when somebody got their peanut butter on my chocolate (or did I get my chocolate in her peanut butter?), it was predestined that one day these two great columns would be brought together.

So this week, your favorite Big Ten team is a candy bar.

Its a Twix. The balance is impeccable. Crunchy cookie...smooth caramel... satisfying amount of chocolate. Always a great choice at the checkout line. A word of caution: the cookie can go stale. You've got to make sure that you don't have an expired cookie or the whole things loses its luster. Similarly, the Buckeye offense will go stale if Pryor isn't right. Gotta watch that.

Obviously, the Hawkeyes are a Nestle Crunch Bar. Simple. Consistent. Reliable. The toasted rice gives just enough variety to make you pause to appreciate the flavor. Insert "play action pass to the tight end" in place of "toasted rice" and you have Iowa football.

You didn't think that we were going to leave our newcomer out, did you? That said, there is a bit of mystery to how Nebraska will stack up against the Big Ten when the move is made next year. There's that same mystery every time you get your hands on a Zagnut Bar. Much like Nebraska has no Big Ten tradition, the Zagnut has no chocolate. That said, what it offers (peanut butter wrapped in a candied coconut crust) is the stuff of legends. 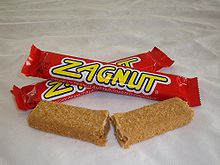 I have yet to find a Zagnut Bar in Alabama. I am not happy about this.

No, it's not a Bratwurst Bar (but if there is such a thing, it's for sale in Delavan, WI). Wisconsin is a classic Snickers. A heavy, filling bar that billed itself as a meal replacement. Similarly heavy, the Badger girth that weighs on opponents also can sometimes weigh down their chances of success.

The Kit Kat is the classic that falls out of favor when people rush to the new fads. But it'll always be there. And it will always be a top bar. It can also be broken into pieces if it's not handled delicately. Like a certain quarterback who should be given ample rest in upcoming games against palookas.

Maybe you don't remember the days when toffee was the king of candy world. I'm sure that your great-grandfather could tell you about it. Penn State is a lot like the Heath Bar. It's a classic that will rarely steer you wrong, but despite the same amount of shelf space, it just doesn't seem to be able to keep up with the best in the aisle. 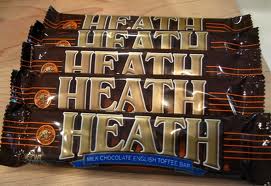 When was the last time you had a milk chocolate Hershey's Bar? Let me guess what your eating experience was like. You enjoyed the smooth chocolate, but by about the halfway point, you were losing interest. You probably wished that you chose a different candy. Ladies and gentlemen, welcome to the Spartan bandwagon.

Have you ever been to the Toblerone website? You have to choose a country. And they don't even let you choose the USA? What kind of anti-American candy bar is that? I'm getting sick just thinking about those pinko, anti-American, ankle-breakers. Moving on.

Do you know what's inside a 3 Musketeers Bar? It'll do the job as a candy bar, but you're never all that happy with it. That's pretty much the state of Purdue football. It'll make due as Big Ten football, but you don't really know what you're getting. And there are a lot of better options out there.

Does anyone ever say, "Boy, I wish there was more Bit-O-Honey available!"? No! If a Bit-O-Honey is at the bottom of your Halloween bag, you'll eat it, but you won't necessarily be glad that you did. That's pretty much the state of Indiana football. Which, when coupled with the sour tastes left by Notre Dame and Ball State, will make for a very long season statewide.

You know what's going to happen any time you eat a Butterfinger. At first bite, the candied sweetness is good. But as you keep eating, that nuclear orange substance gets wedged in your teeth. No matter what you do, you just can't dislodge it. After a while, you wonder if those first few bites were worth it. Right now in Cahokia, there is an Illini fan trying to dislodge old pieces of Zook from his memory. 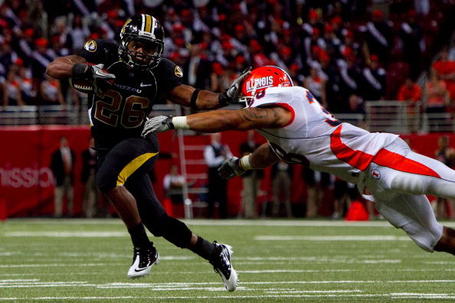 Pick it from your teeth...

You know what you're getting with a Pearson's Salted Nut Roll (made in Minneapolis!). You know it's nuts. But you just don't know how nuts it is until you unwrap it. I think that it's safe to say that the wrapper came off Tim Brewster. Also, the best place to have a Nut Roll is on the golf course...much like Tim Brewster.