We here at Off Tackle Empire have heard your complaints. We know that now that we have removed the legal suffix from the blog's name you feel like you aren't getting all of the legal knowledge that you were accustomed to. Well, please let this Power Poll step in and help you out. Without delay, here's the latest rankings. And yes, your team will help teach you a relevant section of the Federal Rules of Evidence*. 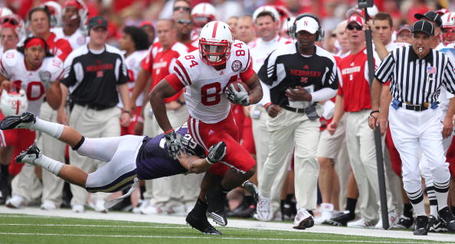 There's no reason for us to run from our legal history.

*May John-Mark Stensvaag have mercy on my soul.

The requirement of authentication or identification as a condition precedent to admissibility is satisfied by evidence sufficient to support a finding that the matter in question is what its proponent claims.

There is more than enough evidence to support the finding that Ohio State is what we claim. - the most complete football team in the conference.

The court shall exercise reasonable control over the mode and order of interrogating witnesses and presenting evidence so as to (1) make the interrogation and presentation effective for the ascertainment of the truth, (2) avoid needless consumption of time, and (3) protect witnesses from harassment or undue embarrassment.

Let's see, so far the Huskers have harassed non-conference opponents to the extent that it's almost a waste of our time. The hour has come for them to face someone tougher. 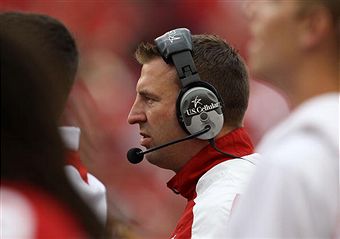 A duplicate is admissible to the same extent as an original unless (1) a genuine question is raised as to the authenticity of the original or (2) in the circumstances it would be unfair to admit the duplicate in lieu of the original.

You can deem the Wisconsin football program as admissible, even though it's based on Barry Alvarez's duplicate of Hayden Fry's Iowa blueprint.

Nothing in this rule precludes taking notice of plain errors affecting substantial rights although they were not brought to the attention of the court.

Too many plain errors by the Hawkeyes special teams were brought to the notice of the Scorekeepers on Saturday night. 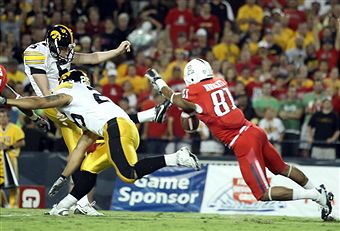 In all civil actions and proceedings not otherwise provided for by Act of Congress or by these rules, a presumption imposes on the party against whom it is directed the burden of going forward with evidence to rebut or meet the presumption, but does not shift to such party the burden of proof in the sense of the risk of nonpersuasion, which remains throughout the trial upon the party on whom it was originally cast.

The burden of proof has been set upon the Michigan defense. If you want to demonstrate that this team is back, you must rebut the presumption that you're horrible.

Hearsay is not admissible except as provided by these rules or by other rules prescribed by the Supreme Court pursuant to statutory authority or by Act of Congress.

Sadly, Coach Paterno's stories about Bear Bryant, Woody Hayes, and Mamie Van Doren are only going to be admissible as evidence if we can get them through a hearsay exception.

The following are not excluded by the hearsay rule, even though the declarant is available as a witness: Statements made for purposes of medical diagnosis or treatment and describing medical history, or past or present symptoms, pain, or sensations, or the inception or general character of the cause or external source thereof insofar as reasonably pertinent to diagnosis or treatment.

It's very unfortunate, and we hope that he recovers quickly and fully. However, Coach Dantonio's medical records are admissible hearsay statements in the analysis of Michigan State's future.

Hearings on the admissibility of confessions shall in all cases be conducted out of the hearing of the jury.

Northwestern's performance was also kept from the jury. If an Owl falls in the forest and no one can see it, should we give a hoot?

Indiana's thumping of Western Kentucky is definite proof of the Hilltoppers continued futility. However, the judge will warn the jury before they attempt use that evidence as proof of Indiana's improvement.

The following are not excluded by the hearsay rule if the declarant is unavailable as a witness: In a prosecution for homicide or in a civil action or proceeding, a statement made by a declarant while believing that the declarant's death was imminent, concerning the cause or circumstances of what the declarant believed to be impending death.

Anything that Purdue says right now is going to be admissible if they feel, as many do, that injuries and a surprisingly sluggish offense means that the death of their season is near.

Testimony in the form of an opinion or inference otherwise admissible is not objectionable because it embraces an ultimate issue to be decided by the trier of fact.

If the ultimate issue is "Should Ron Zook be back next year?," we can't ask our experts directly. But we can ask them, "After watching another middling performance on Saturday, does Ron Zook have the capacity and ability to succeed as Illinois's head coach in 2011?"

When, after an injury or harm allegedly caused by an event, measures are taken that, if taken previously, would have made the injury or harm less likely to occur, evidence of the subsequent measures is not admissible to prove negligence, culpable conduct, a defect in a product, a defect in a product's design, or a need for a warning or instruction.

We're not allowed to use the effort and energy that Minnesota showed in the USC game as evidence to demonstrate that they had the talent to beat South Dakota but didn't use it. Don't worry though, the jury is going to do that any way. 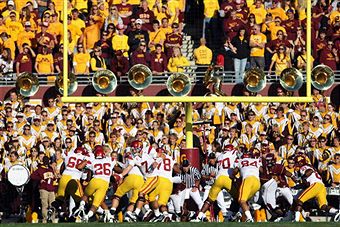 The Big Ten Power Poll is voted upon by the nine writers of this staff. 108 is a perfect score. 9 is the lowest possible total.