Week 4 in the Non-Con: What I Want

Share All sharing options for: Week 4 in the Non-Con: What I Want

I normally spend this column urging teams to win, hoping that teams fix their flaws, or begging them to help the Big Ten's conference profile. I will not this week. The Big Ten should win all ten of these games. They are all cupcake games against low level opponents. And I don't begrudge the teams for wanting to schedule a cupcake in the game before they begin their 8-game conference grind. So what I want, is Jim Delaney to see that we don't suffer through weeks like this in the future. The Bore of Week 4 Should Be No More!

That means, joining the Pac-10, ACC, SEC, and Big 12 in moving conference games into the first four weeks of the season. Adding Nebraska was all about adding "more valuable inventory" (i.e. good games for TV), right? Then space the inventory out so that more of the games can be seen by fans. Would people care less about Penn St. and Iowa if it was in Week 3 instead of Week 5? Think that people wouldn't turn in to watch Ohio State at Purdue if it was in Week 4? Would you really have no one watch if Illinois and Minnesota played in Week 2 instead of...well never mind that example. The point is that Florida-Tennessee, Stanford-UCLA, Georgia Tech-UNC, and Texas-Texas Tech all show that you can successfully begin your conference season early (and spread some cupcakes into the later weeks). It's not just good for fans. It's good business sense. 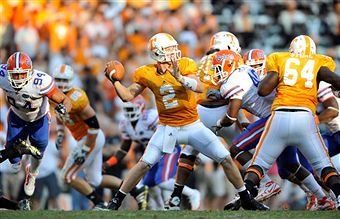 The announcement of the 2011 and 2012 schedules showed that you missed the opportunity. Here's hoping that you don't miss it again for 2013. Move six conference games, that's one game per team, into the first four weeks. If you pick the right games (annual games that aren't the biggest rivalries), you'll draw big early headlines. You'll also create new traditions (kind of like Tennessee and Florida always meeting in Week 3 of the season). Here's what I'd love to see... 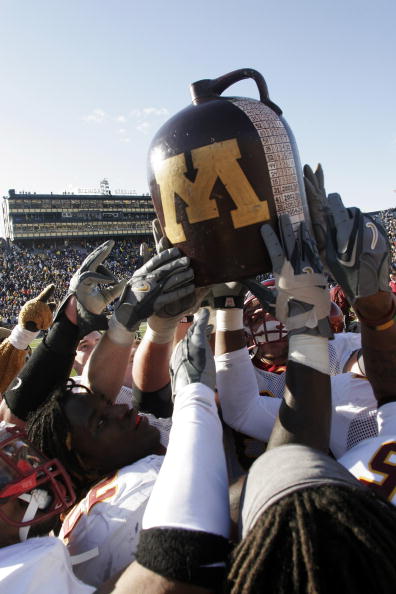 You're telling me that those games wouldn't whet the appetite? This also moves 12 cupcake games into the Big Ten season.  There, they'll be under-card events, ignored by all but the fans of those teams. That's the way they should be treated. Instead, we have Ohio State playing a MAC team on network TV (with a national mirror on ESPN2). That's not good for the league. That's not good for anybody. We can fix this. Let's do it.

We've got a pretty good start. Let's win 10 this week. The Big Ten is 26-6 (.813) out of conference.  The league is 7-5 against BCS Conference teams (plus Notre Dame). It has secured a winning record against BCS opponents. The league has one Ugly Coyote loss to a non-BCS team.