Steve Gorten is Hardly a Journalist

Share All sharing options for: Steve Gorten is Hardly a Journalist 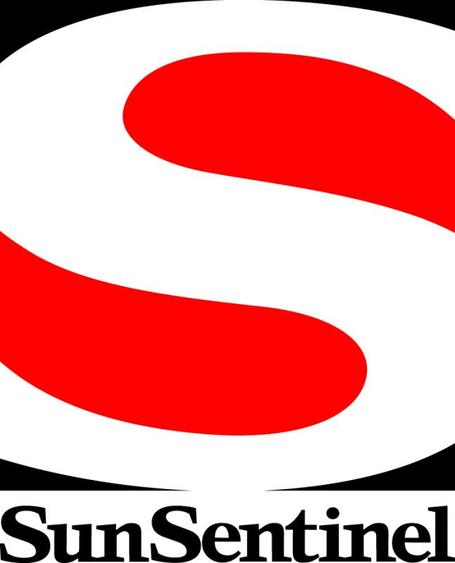 By now you've probably seen this provocatively-titled article, written by Steve Gorten at the South Florida Sun Sentinel.  The jist is that Mr. Gorten believes "The Horseshoe is hardly hostile."

As he opines, "The Horseshoe doesn’t come close to The Swamp in Gainesville or Neyland Stadium in Knoxville or a night game at LSU. Those places create a home-field advantage that makes a difference. In conference, Virginia Tech and Clemson are tougher places to play than The Horseshoe. FSU, for a Miami game, is too."

It's an interesting take.  The problem?  Steve Gorten has never been to Ohio Stadium.

Of course he doesn't mention this anywhere in his 381 word manifesto.  Scroll down deep into the comments to find the concession: "No I haven’t been to the Horseshoe before..."

I'm not sharing this to rebut Mr. Gorten's assertion that the Horseshoe is "over glamorized," but because I'm appalled at his lack of judgment.  Here is a "professional journalist" on the payroll of a major media syndicate making guesswork out of reporting.  Worse yet, Gorten doesn't appear to think there's anything wrong with "making stuff up."

Sure, the article isn't pulled entirely out of thin air.  Gorten highlights what five Miami players had to say about playing in the Horseshoe.  The problem?  Their statements discredit his argument.

After admitting that he's been to a game in the Shoe, Colin McCarthy offers that "it's a crazy atmosphere."  Marcus Forston mentions that "I’ve heard it’s a loud stadium."  Jacory Harris is "pretty sure it is going to be crazy."

What does Mr. Gorten make of this?  He surmises that the stadium "isn’t intimidating...[n]or is it much of a hostile environment."  How's that for reading between the lines?

But wait, Gorten protests.  It's just an opinion.

I didn't go to Journalism school (I'm not entirely sure Gorten did either), but I did go to Law School and the Federal Rules of Evidence make it clear that opinions must be based on "personal knowledge."  (Fed. R. Evid. 602).

No, an online forum isn't a courtroom, but the same standard should apply to professional journalists.  After all, the pen is mightier than the sword, and the media's self-sanctioned commitment to impartial fact-finding is one of the few information safeguards in our Constitutional Democracy.

Was Gorten's guess really that big of deal?  No.  But his hubris exposes a greater shortcoming in electronic media.  We as bloggers have the power to say anything.  That makes it all the more important that we speak in context.

Congratulations Mr. Gorten.  You intended to stir the pot and you succeeded wildly.  But I can't help but feel when the hits retreat you'll be left feeling a sense of professional remorse.

Your article was stupid at best and reckless at worse.

But that's just my opinion...