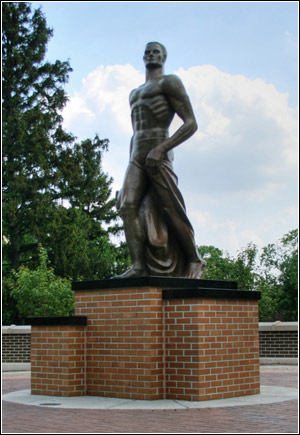 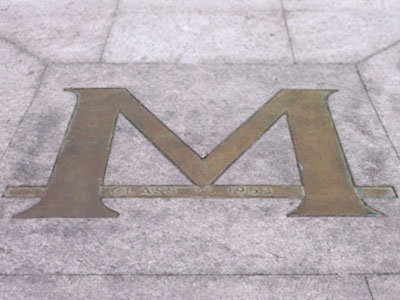 Contrary to popular belief I have not been institutionalized nor have I been in hiding due to a contract undertaken by our friends in West Lafayette. Whatever the reason for my absence, I am back just in time for Michigan week.

I know, I know, as the OTE founders from Columbus will quickly point out, Michigan week is the last week of the regular season. But not for us. This game is our most important conference game. This game in many ways shapes the season for both teams. Only once since the B1G began allowing multiple teams to go to bowl games (1975) has MSU not played in a bowl in a season they beat UM (1978 - due to probation). On the flip side, only three times since the Spartans joined the conference in 1953 has UM lost to MSU and won a B1G title in the same season (1969, 1978(MSU co-champs), 1990(MSU co-champs)).

I don't know, maybe those facts are coincidental rather than causal. Maybe this game doesn't have the import that say UM/OSU has had over the years, but it clearly has had some impact. Beat UM and a bowl appearance has practically been guaranteed, lose to MSU and kiss away your chance at a B1G title. That certainly seems important to me. I don't think I need to mention how important this game is to the in-state recruiting efforts of each school.

Some have accused me of being delusional since I believe that MSU should contend for B1G titles and BCS bowls regularly (or at the very least division crowns). The coaches, resources, and facilities that we have at our disposal will make it hard for anyone to convince me otherwise. This game, this year is exactly what I expect from the series going forward. In what I hope will be a regular occurrence both teams are ranked coming into the game (this is actually the third year in a row that has been the case). The winner of this game is in the lead for the division title and a spot in Indy.

I'm not going to make a prediction. I expect a hard fought competitive game. MSU has a strong defense. UM has an exciting offense. MSU is home. There are a few seniors on UM who do not want to say that they never beat MSU in their careers. In short, it has everything a rivalry game should.

GO GREEN! (Or this week GREEN, GOLD and BLACK)