New Mascots for a New Era in Big Ten Football

Share All sharing options for: New Mascots for a New Era in Big Ten Football

Most of the Big Ten mascots have been around for awhile. The conference is steeped in tradition, and the mascots are a part of that tradition. Mess with it, like Purdue did with New Purdue Pete during the off-season, and the fans get mad. If a school decides to update or change a mascot, they better get it right. Just because the last new mascot was an utter failure doesn't mean we should stop trying. Times have changed, the game of football has changed, the number of teams in the Big Ten has changed, and it is time for the mascots to change. I am here to offer some suggestions to a few schools, knowing that they may be met with derision. 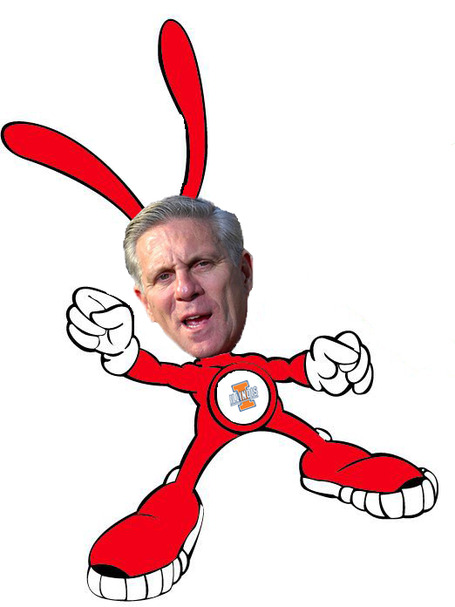 In 2007, Illinois stopped using Chief Illiniwek as their official mascot. No one has stepped forward with a reasonable replacement until now. Most Illini fans want to fire Zook, but why not dress him up as an old advertising mascot? He is already viewed by many as a cartoon character, so let's just take this to its natural conclusion. And who doesn't like a good pun?

A few more on the next page: 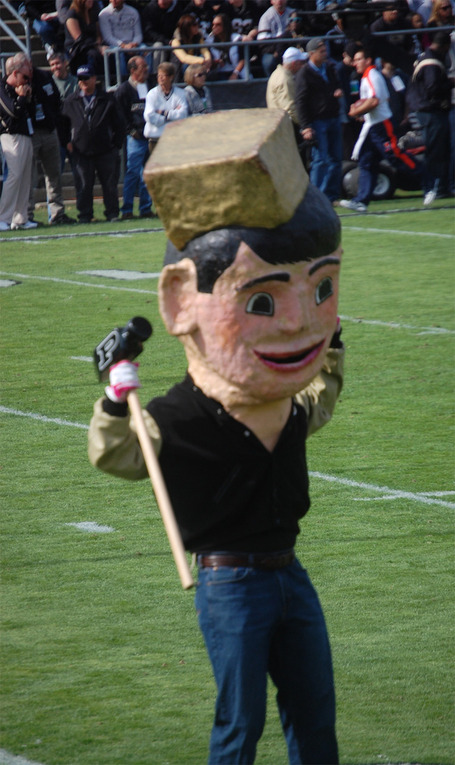 Well, the Purdue fans didn't like New Purdue Pete. Instead of just going back to the last Pete, let's go way back. One of the reasons that was given for New Pete was that Normal Pete was scaring kids. Normal Pete has nothing on this freak. Really Old Purdue Pete's giant misshapen paper-mache head makes it hard for the mascot to walk. If the goal of mascots is to scare children, walk like a zombie and look like their faces got hit by a bus, then Really Old Purdue Pete might be one of the best ever. 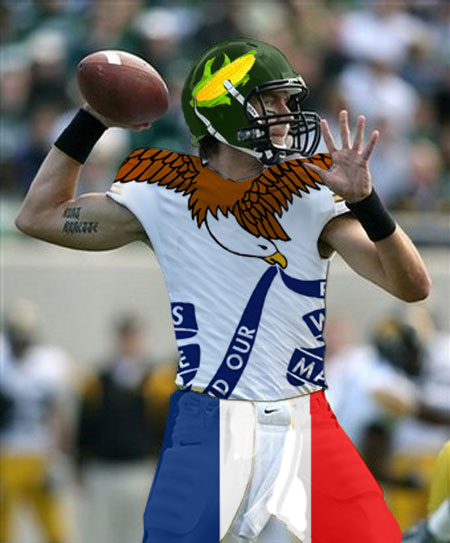 (created by RossWB and Horace at BHGP)

The fine folks at BHGP made this as a reaction to the all of the crazy Pro Combat and State Flag-inspired alternate jerseys that have been all over college football this season. Since the team isn't going to wear these crazy get-ups, let's make the mascot do it. I think everyone can agree that Herky is washed up and played out. Since Ricky Stanzi is treated like a deity by many Iowans (and some non-Iowans), let's just make him the mascot. Pro Combat Stanzi can sing the National Anthem before the game and give a stirring post-game interview if called upon. 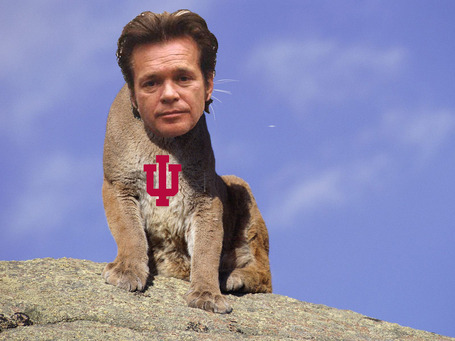 Indiana University doesn't have a mascot. The term Hoosier is just a term for someone who lives in the state, so I guess IU could just trot out a random guy from Bartholomew County and call him a mascot, but they don't. The Hoosiers have made the correct decision to go without a mascot until someone comes up with a great idea. Hoosier Johnny Cougar is that great idea. It combines the head of IU benefactor John Mellencamp with the body of a cougar. When IU finally gets their act together and starts winning games, Hoosier Johnny Cougar will be there to make it "Hurt So Good".