Share All sharing options for: Spanning The Empire: Your Saturday Conference Open Thread 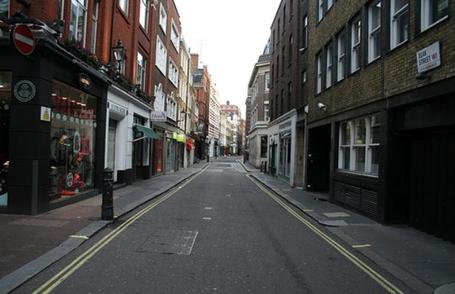 Wisconsin is really, really good.  Michigan might be.  Illinois might be lot better than everybody but me and Dave Revsine thought (look, it's not often I'm right in my predictions, just check out our OPC for verification, so I'm riding this horse until it seizes and dies), Michigan State, Nebraska and Iowa might be good but flawed teams, and OSU, Northwestern and Penn State are just flawed.  But taking Wisconsin out of the equation, you could talk me into any one of those teams beating the other on any given Saturday.

And then we have Indiana, Purdue, and Minnesota, who might actually be worse than we thought...and most of us didn't think much of them to begin with, except me towards Minnesota.  Again, I refer you to my OPC standings for verification on how terrible I am with predictions.

Today will bring some clarification at both ends of the standings, and by this evening we'll have some solid ground in both directions...I think.  Michigan gets their first test of the season with their first road game of the year at Northwestern.  First road game, and it's not until October...really?  We'll find out whether Greg Mattison's defense is for real, or just more of the same from last year.  I'm actually starting to lean towards the former.  Both Nebraska and OSU look to rebound from terrible performances against quality teams last week, and I expect Nebraska to win by at least 10 points.  I just have no faith in OSU's offense at all.  Iowa kicks off their conference season in Happy Valley, where Penn State fans will get to see what a real quarterback looks like, and Iowa fans will get to see what a real defense looks like.  Illinois should dispatch Indiana, but the Hoosiers played Penn State tough last week, and Purdue and Minnesota will be playing for the title of Worst Team In The Conference.

If you're new here, welcome.  We've only got a couple rules, so consider this our legal disclaimer.  We have a pretty hefty legal department here at OTE, so don't cross us on this:  No racism, sexism, homophobia, pornography, personal attacks, or illegal Internet streams of any of the games.  Speaking of the lawyers, they're all out on the deck discussing the legal interpretation of when one calls 'shotgun' prior to getting into a car.  Some say it's okay to call it while still inside, yet others feel that claim is null and void, and no legal claim to the coveted passenger seat can be called until, and in fact, one has stepped outside.  I am of the opinion that if you possess a real shotgun, you win the argument.

Enjoy the games, everyone!