An Open Letter From a Buckeye to a Nittany Lion

Share All sharing options for: An Open Letter From a Buckeye to a Nittany Lion 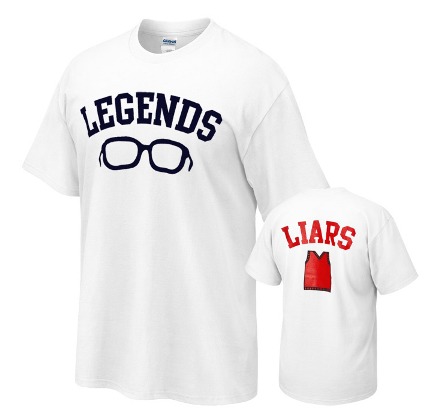 Disclaimer: Notwithstanding the fact that this editorial is directed towards the Penn State community, the victims of the shocking sex abuse scandal at Penn State University are the children and the children alone.  Our thoughts and prayers are with them.

You don't know me.  Sure, we may have seen each other once or twice at a road game or a tailgate, but aside from a passing glance, and an occasional hello, we are strangers.  Heck, we're actually more like enemies.  After all, I'm a fan of The Ohio State University -- tOSU, or O$U as you might call it.  Since you guys joined the Big Ten Conference in the early-90s we've built a pretty spirited rivalry, with more than its fair share of heroics, heartbreaks, and triumphs.  To be sure, we've both crossed the line on occasion.  Urine balloon barbs and incontinence jabs have clouded the fact that we're actually not that different, you and I.  We're both proud disciples of two of the most storied programs in all of college football, and although you'd be hard pressed to get a Buckeye fan to say it to your face, we respect the hell out of you and your traditions.

I'm writing because I know how you feel right now.  The actions of your beloved president, coach, and athletic director have shaken your program to the core and have threatened your own faith in humanity.  You're shocked that someone you idolized could have done something so stupid, so selfish, so infuriatingly contradictory to the values they spent decades promoting.  Don't get me wrong, I'm not comparing what happened in Columbus to what's alleged to have happened in State College.  Only Bob Ryan is stupid enough to draw that parallel.  What I am saying is that I know what it feels like to have a personal hero disgraced.  To watch someone you admire, who did more good in a week than most of us do in our entire lifetimes get publicly shamed, and forced out under a cover of darkness.  To see a legacy irrevocably stained and treasured accomplishments tarnished.  To have one person's mistakes drag your university's good name through the mud.  To be labeled an accomplice to the crime by virtue of your fan allegiances.

As I was driving to work this morning, I heard one of your own call in to The Herd and explain that he didn't know how he was going to unapologetically put on the Blue and White and sing "Fight On, State" this Saturday.  He's not the only one to express that sentiment.  Perhaps you're feeling a little this way.

This is what I want to say to you.  You are not Joe Paterno.  You are not Tim Curley.  You are not Gary Schultz.  You are not Graham Spanier, and you are sure as hell not Jerry Sandusky.  Their alleged sins are not your own.  They may be the most recognizable faces of your beloved program, but they are not Penn State.  They are not a 156 year old center of higher learning.  They are not a century of football tradition.  Their flaws cannot eclipse the innumerable scientific, artistic, and humanitarian contributions your university, and its 44,000 students and 570,000 living alumni have made and will continue to make to the world at large.

The spirit of a program, of a university, and of a state is so much bigger than any one person.

So do yourself a favor, and stop thinking about Joe Paterno.  No amount of discussion can change what happened, and his bed is made for better or worse.  Recognize that only time can tell how he will be remembered.  (For what it's worth, I hope beyond hope that the facts turn out favorably.)  Say a prayer for the children, and on Saturday, put on your Silas Redd jersey, brave the cold, and cheer your ass off for your team.

It's not just a motto, it's a mission.  And you're still a part of that.

Pray for the children.  Cheer for the team.  And in two weeks, make the drive to Columbus, so you can watch us bury your Big Ten title aspirations in person.