2011 NCAA Tournament: What Are Your Plans? Pool Plans?

Share All sharing options for: 2011 NCAA Tournament: What Are Your Plans? Pool Plans? 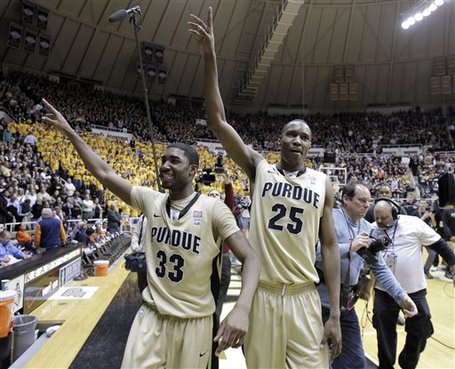 They're ready, are you?

Check out Ted Glover's Welcome Letter to Nebraska from the Big Ten.

What are you doing in 2011 to celebrate the Tourney? Are you actually taking days off from work (kudos if you are)? What are you drinking this year...or conversely what aren't you drinking? Is there a tradition you'll be following, friends you meet yearly in Vegas, or something esoteric like going to watch the games in a remote Minnesota cabin with the sound on mute and then making a dynamite emo record...nevermind, that's Bon Iver. (BTW, being on vacation and watching the tourney might be the greatest thing in the world. Or on your honeymoon if you have an understanding spouse. Guilt free drinking and basketball watching. Yup.)

What kind of pool are you joining? Yearly I join a local pool that allows me to pick 5 teams, with their seeds equaling 28. You get one point for each win; I've been doing it for 15 years and only claimed victory once, back in 2008. My picks for that year?

I needed Kansas to win the title game over Memphis to win, so when Mario Chalmers hit that game-tying three, I was pounding on the bar counter and screaming at the top of my lungs. $500 dollars for the winner, that's good bread. My score of 17 will typically get an outright win...and $500. Three teams in the Final Four is next to impossible to beat. Occasionally someone's lower seeds will pick up 3-4 wins, but 14 or 15 overall can get a tie for first. In 2008, I rode the top seeds because they featured lots of veterans. In retrospect, I should have picked Memphis, but the Texas/Stanford combo at the bottom of the bracket scared me off. Davidson was a hot team with Steph Curry and their bracket was pretty easy (Georgetown was ripe for upset, Wisconsin was solid but unspectacular). Anyways, this pool is beloved, very beloved, and it makes upset watching the best thing in the world.

So let me know what's up for 2011 and be specific. I know there is a new TV package deal which allows you to watch every single game, so maybe people will want to pick up on that. God, just writing this article has got me fired up. LETS GO.