Potlucks and football -- that's what the Midwest DOES!

This being Thursday, it's time for a little segment we like to call the OTE Potluck.  Like any good Midwest potluck, you have multiple courses (5 questions about the Big Ten Team of the Week), with each course being supplied by a different potluck attendee (your friendly OTE writers).  Sometimes, multiple writers will answer one of the questions (i.e. those awesome potlucks where two people sign up for appetizers and you get deviled eggs AND pigs in a blanket), while other times one writer will suffice (i.e. there's never a need for multiple salads in any good Midwest potluck....unless you're talking about adding a jello salad to the mix.  Never pass up a good jello salad, the salad that's frankly a dessert!).

This week's potluck is Hoosier-style, as everyone brings a dish to share in Bloomington.... 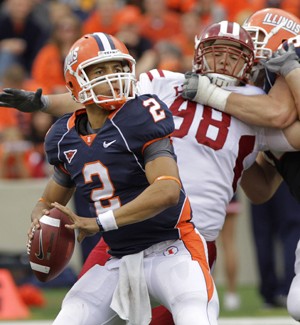 1. Appetizer: If you could take one player from Indiana's roster and place him on your favorite team, who would you choose? Or, alternatively, who do you think is Indiana's most dangerous player?

2. Salad: True or false -- Indiana made a huge mistake hiring Kevin Wilson, because their problems lie on the defensive side of the ball, and Wilson's offensive pedigree doesn't help them there at all.  Discuss.

3. Potato/rice dish: What comes first -- Tom Crean gets Indiana back into the NCAA Tournament, or Kevin Wilson gets Indiana to a bowl game?

4. Hot dish/Meat:Indiana has historically been the Big Ten's worst program (they even have a losing record all-time to Northwestern).  Why is that? Is it recruiting?  Bad coaching?  An institutional focus on basketball over football?  Give us your best theory.