B1G 2011 // Purdue Cocktail Party Preview: Is A Bowl Game Out of the Question?

Share All sharing options for: B1G 2011 // Purdue Cocktail Party Preview: Is A Bowl Game Out of the Question? 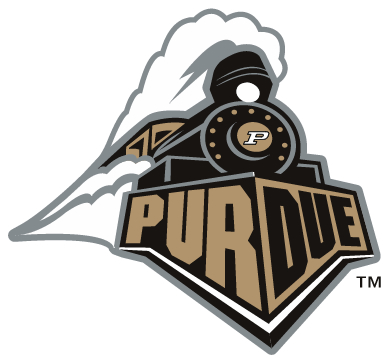 Purdue at a glance...

If there was a movie trailer about the 2010 year in West Lafayette, the tagline would have been:

We all knew Purdue was rebuilding with Rob Marve and a really young defense, but we didn't know that Iowa Running Back Hating God would turn simply into Purdue ACL Hating God. Here's an exhaustive football injury list from H&R:

Two crazy, and not so positive points about 2010.

1) The schedule was relatively cake. Michigan, Indiana, and a struggling MSU team...all should have been beaten by the Boilers. PU failed to take advantage.

2) Here at OTE, we're pretty kind to rebuilding programs or injury-plagued teams. But when teams with those aforementioned characteristics start building bad gameplans or falling apart on defense for no reason, we're less kind. Purdue...was toeing that line in 2010.

[Conversation Pointer: If you want to get someone fired up, mention Purdue's loss to Indiana in 2010, a game that galvanized many in the Purdue community to call for Danny Hope's head...and led to comments like this:

Folks, it doesn't get worse than this. All of the positive momentum of the Joe Tiller Era, let alone last season, is now gone. We are back in the Colletto Era of football, with very little hope for the future.

That's when you know it's been a tough year.] 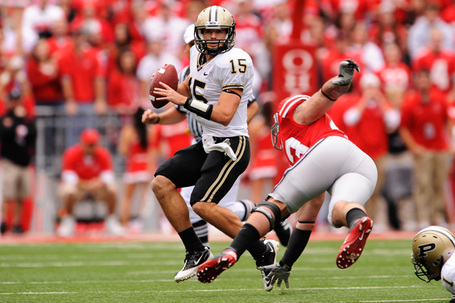 The Debate Rages in Purdue World...

Should Boilermaker fans expect 8 win seasons? Or should there be some realism here, knowing Purdue has less resources and coaching staff cohesion than most Big Ten teams, and accepting the limitations of that kind of program?

Are the complaints against Danny Hope (not serious enough about his job, overwhelmed by being a D1 coach, unable to focus his team on basics) valid...or can we just blame injuries for 2010's struggles?

Should Hope be canned if the Boilers don't make it to a bowl game this year? (Great H&R quote.."It is understating the obvious when you say that the 2011 season is huge for these guys. If Indiana is firing coaches after three years for lack of performance then Purdue, a program that has been above them for nearly 15 years now, will likely be held to a similar standard. The college football world is too competitive and there are too many bowls to have anything longer than a three year drought.")

Can Rob Henry, most likely your starting quarterback in 2011, get the ball to his big wide receivers?

With Kerrigan gone, what steps will the defensive coaches take to put pressure on quarterbacks?

Why, oh God why, are the special teams so consistently bad? 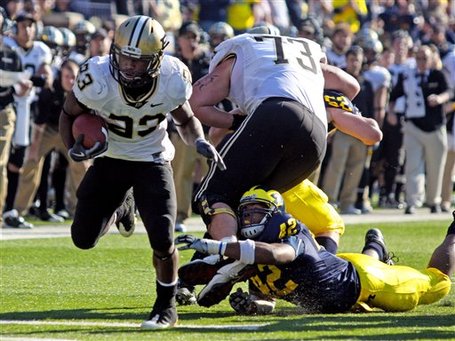 The defense will be a strength, no question. Linebackers and cornerbacks will be manned by capable veterans like Ricardo Allen, Joe Holland, Josh Johnson, and Kawann Short. Is the talent level still mid-level? Yes, but hard working vets can overcome talent deficiencies.

The offense lacked an identity in 2009 and 2010. Ever since the base concept of Basketball on Grass ("Spread 'em, complete short to medium length passes efficiently") has been lost, the Boilermakers have been searching. Injuries last year forced the Boilers to run a simplified high school-esque run attack at times...and God knows that's prone to break down. Rob Henry's maturation in the pocket is the most important aspect, especially because this team does not have the horses to be a power running unit.

Two final points, to complete your immersion for the day.

1) Keith Smith will not be playing in 2011. You might remember Smith as the 100 catch wide receiver who terrorized everyone in 2009. His sixth year of eligibility was denied. Not only will his hands and ability to get open be missed, but he was a great teammate and teacher for the younger receivers.

2) There is always a spark, or a twist of luck, or some happening that propels a team from the depths of despair to a bowl eligible team. One must ask - What will that spark be? Will Carson Wiggs bang through a 60 yarder to beat Notre Dame, throwing the Irish into fits and pushing PU into the national spotlight? Will one of the explosive cornerbacks take a MarQueis Gray wobbler to the house, sealing the early season must-win against Minnesota?