Share All sharing options for: B1G 2011 // A Conclave Meets To Vote For A Permanent Ohio State Coach

Well, we're at the end of our B1G 2011 series, and it's been a lot of fun for all of us.  We finish our series with Ohio State, but with the 4th of July holiday coming up, out schedule will be altered a little bit.  We won't publish anything Sunday or  Monday, because we all, you know, have lives and stuff.  So, our altered schedule for the Buckeyes is as follows:

Friday:  The Enemy of My Enemy.  And you Wolverine gasbags better bring it.  And if it's an 'I don't care' piece, I'm deleting it, giving you and F, and you're taking the Internet over.  All of it.  You've been drinking Hokemania juice all winter, so I want some quality hate, brother.  Woo.

So, what are we doing publishing something now?  Well, I was able to get a hold of some digital recordings from a super cereal secret meeting* of Jim 'Consider Them Rolled, Bitch' Delany and 11 of 12 B1G coaches.

Consider this a bonus.  Enjoy the rest of your weekend, and may you all have a safe and happy 4th of July.

Oh, and once again inspired by, and apologies to, BHGP.  Without further adieu ado delay, The Conclave:

Scene:  The University Of Chicago Maroons Football Hall of Fame, which is now a deli somewhere in Schaumberg Schaumburg, Ill.  B1G Commissioner Jim Delany, along with 11 of 12 B1G coaches, are meeting to determine the future of one of the marquee brands in B1G football.  The topic?  Elect a permanent OSU Coach to replace St. James of Upper Arlington, the Patron Saint of Jackass Quarterbacks.

*Super cereal secret meeting that was 100% made up.  Not even close to true.

Gentlemen, our conference is at a crossroads.   What should have been an off-season of buildup with our new conference member Nebraska...

For the love of all that's holy, will you SHUT UP, Bo?  You are in the B1G now, and here, referees indiscriminately screw over everybody, not just teams based outside of Texas.  So calm down and shut your filthy bugeater mouth.  And good God, wipe that spittle pool up.  It's disgusting.  As I was saying, what should have been an off-season of build up with the Nebraska addition, our new divisions, our impending conference championship game...

AND HOKEMANIA, BROTHER!  WOOO!  WE ARE BACK, BROTHER!

Back to what, getting abused more than a 2 dollar whore when the US 6th Fleet pulls into port?  Get back to me when you change the 'drunk co-ed' defensive scheme of yours.

Easily scored upon and requires little effort to do so.

Oh, you mean the defense you rolled out against us in Iowa City last year?

TREMBLE IN FEAR, LITTLE BROTHER!  I HAVE A 70 YEAR OLD DEFENSIVE COORDINATOR AND A QUARTERBACK THAT IS A HEISMAN TROPHY CANDIDATE WHEN HE PLAYS EASTERN MICHIGAN, WHOO!  I CAN'T WAIT UNTIL WE PLAY THAT TEAM THAT PLAYS IN THAT STATE THAT HAS AN O IN IT, BROTHER!

Heh, good one Captain Kirk, drunk co-ed scheme.  We hung 65 on Michigan and went to a bowl game.  How'd your bowl game turn out Dantoniooo?  CHECK OUT MY PECS!  THEY ARE AS FIERCE AS THAT ALABAMA DEFENSE WAS, BABY!

/rips off shirt and flexes

Uh, Zooker?  Michigan hung 67 on YOU and won the game.

SHUT UP...ALL OF YOU!  God damn it, we need to elect a new coach for Ohio State, one that can take the heat off of our conference so we can focus on the 2012 season and beyond.

I SHALL IMMEDIATELY DISPATCH CORRESPONDENCE VIA PONY EXPRESS TO MY FAVORITE SCRIBE GRANTLAND RICE.  THAT YOUNG FELLOW HAS A PROMISING FUTURE, AND HIS KEEN INSIGHT SHALL BE OF GREAT ASSISTANCE.  HIS SUPERLATIVE USE OF SUCH THINGS AS NOUNS AND VERBS WILL HELP US CLOSE THIS MATTER POST HASTE.

Bitch slapping ESPN was so much easier...

Ron, chill out and put your shirt back on.  You lost to Minnesota.

I don't know why you're laughing, Ferentz.  You lost the Pig to a team that had Tim Brewster's fingerprints all over it.

Or you, Hope.  The Bucket's in Bloomington, is it not?

YOU GENTLEMEN HAVE SUBSTANTIAL MEDIOCRITY TO OVERCOME.  WE SHALL LAUGH AT YOU BECAUSE IT IS THE RIGHT AND PROPER THING TO DO.  WHEN DID INDIANA FIELD A TEAM OF FOOTBALLERS?  I MUST SAY THAT THEIR CAGERS ARE QUITE THE CRACKERJACK BUNCH OF WHIPPERSNAPPERS, THOUGH.

Seriously Joe?  They haven't been good since crotch hugging short shorts.  Can we get this back on track, please?  Look, we need to find a coach for Ohio State.  Dantonio, your name has been mentioned for the OSU gig.  What do you think?

It doesn't matter who Ohio State hires, commissioner.  Because we went 11-2 last year, we have assumed the mantle of conference elite, replacing them.

TAKE YOUR VITAMINS AND EAT YOUR VEGETABLES, BROTHER!  BECAUSE I HAVE A 47-50 CAREER COACHING RECORD, WAS MICHIGAN'S FOURTH CHOICE BEHIND PAT FITZGERALD, AND WE'RE PLAYIN' MANBALL, BROTHER!!  WE'RE THE WINNINGEST PROGRAM EVER AND I HATE THAT SCHOOL IN OHIO WHO'S NAME I WILL NOT MENTION AS A CHEAP RIPOFF OF THE FORMER COACH WHO'S NAME I WILL NOT MENTION OF THAT TEAM I WON'T MENTION WHEN HE MENTIONED US WHEN HE DIDN'T MENTION US!  WHOOOOOOOO!

Whoa, sorry Hokester.  What did you say about my boy Fitz?  I'm having a hard time hearing you over the sound of HOW AWESOME I AM!  CHECK...OUT...THIS...TAN!!!!  I WON A BOWL GAME!

Whoa you're a Wizard?  What kind of magic can you perform?  Can you conjure me up a defense?

Or six wins and a bowl game for me?

See this? Two boogers at once, SIMULTANEOUSLY!  Magic, people.  Don't doubt my magic.

OH MY GOD IS THAT IMPRESSIVE.  I HAVE NOT SEEN SUCH FEATS OF DECEPTION SINCE I SAW THAT DEATH DEFYING YOUNGSTER HARRY HOUDINI DURING THE MOST RECENT VAUDEVILLE TOUR.  JUST A CRACKERJACK OF A SHOW, THAT WAS.

Got any healthy ACL's in that magic hat of yours?

Can we FOCUS, please?  Pelini, thoughts on a new Ohio State coach?  Rumor has it you'd take it if asked.  Are you interested?

Why did I even bother to bring you into the conference?

Yeah, back when dial up Internet was the shit and George Clooney was still an unknown on ER.

Throttle back, Most Hated Rival.  At least they don't blow out a knee bending down when they take a crap...in the same manner your team shit all over themselves against Indiana.  Indiana!!

I HATE YOU SO MUCH, SENSELESS PROTECTED CROSS DIVISIONAL RIVAL!  I WILL TAKE SO MUCH PLEASURE IN BEATING THE WORLD'S LARGEST DRUM WHEN WE DANCE ON YOUR GRAVE.

Just...stop.  Look, we couldn't please everyone in that whole divisional deal, so a couple of you might be a bit mismatched.

Yeah, that's not as bad as those dumb ass division names.  If I had known it was going to be Legends and Leaders, I would've stayed in the Big XII.

Why don't you do something more than take the helm of a crappy football team with no significant accomplishments before you open your dirty whore mouth, hot shot.  Thanks for your opinion.  Now, go defend the rock.

At least my players don't capitalize on their celebrity to get free tattoos and cars.  Allegedly.

That's because Indiana football celebrity is an oxymoron in Bloomington, and a talented Hoosier sighting is as rare as a unicorn ranch.  I'm done with you.  Bielema, what do you think about the OSU coaching issue?

I say we go for two.  That's what the card says.

Try that against me and I'll bury the axe in your ass.  My last name is Kill, don't fuck with me.

Jesus Bret, you can't have two coaches.  That would just screw up everything.

I DISAGREE, YOUNG MAN.  I HAVE A PLAY CALLING CHAIN OF COMMAND THAT IS MORE COMPLICATED THAN THE BOCHE HAD WHEN I FACED THEM AT BELLAU WOOD IN THE GREAT WAR, YET IT IS AS EFFICIENT AS THE OHIO STATE COMPLIANCE DEPARTMENT, AND OUR FANS LOVE IT.  MY GOD WAS BLACKJACK PERSHING A CRACKERJACK OF A GENERAL.

AHAHAHAHA, I'm just playin' boss.  And really, what's the big deal about this tattoo controversy?  I have a Hawkeye tat on my leg, but I coach for the Badgers.  There's no controversy there.

No, the only controversy in your neck of the woods is why you quit running the ball in the Rose Bowl until it was well into the fourth quarter, then tried to throw for two when Clay or Ball could've walked in backwards, on their hands.

That was more harmful to Gordon Gee's reputation than his March press conference fellation of Jim Tressel.

Well fuck me.  I guess it can get worse.  What in the name of zero down, zero percent APR and zero due at signing do you want Gordon?  Allegedly...

I have a solution to our problem.  He's waiting right outside.

Oh, really?  Bring him in.  It can't be any worse than what we've been sitting through.

Hello, my name is Jim Tres--.., uh, Mij  Lessert, and I would like to coach at Ohio State.  Although the resemblance is uncanny, I am not Jim Tressel.  Nope.  Nothing to see here, move along.

WHAT DO YOU THINK OF THE NEW COACH THAT ISN'T ANYTHING LIKE THE COACH I HOPED WOULDN'T FIRE ME?

I SAY WE ROLL THE DICE AND SEE HOW THIS WORKS.  YOUNG MIJ WILL BE A GREAT COACH.

The card says go for two.

Who hates Iowa again?  Me or Purdue?

Looks like it's unanimous.  Congratulations, Mij.  Welcome to the B1G.

Awesome.  Anyone interested in being on my reality show Columbus Ink?

AND I SHALL SET UP A HASTILY ARRANGED PRESS CONFERENCE SO WE CAN STAY IN FRONT OF THIS.  LET US RELEASE THE SMOKE!

Yeah, this will work out juuuuuust fine. 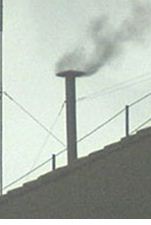