Share All sharing options for: B1G 2011//Four And Out: Looking at the B1G Non-Conference Schedule, Week 3

So we're halfway through the non-conference schedule, and how strong the conference is is probably being talked about ad nauseum by now. Except by us, of course, because we know we're awesome. If Minnesota and/or Penn State happen to pull off big upsets, it could portend the toughest top to bottom conference in years, and the 2011 season could be a college football equivalent of a Death March to get to Indianapolis. A couple of unexpected losses by the bigger programs to lesser teams (and please, God, don't let it be to an FCS team), and it will be tough to get a BCS NCG slot with one loss if there are no undefeated teams.

Oh, and before we go any further, is it hot enough for you? Whoever turned the Sun up to 11, please turn it down.

If week one was the appetizer, and week two was the main course, week three is like a second helping of the main course. Because I'm counting six games that matter. So unbuckle the belt, undo the top button of the pants, stick the finger down the throat, and grab you another hot dog, Mr. Chestnut, because there's plenty of food left.

Let's do it, after the jump. And can somebody grab me a beer, because MY GOD it's hot. 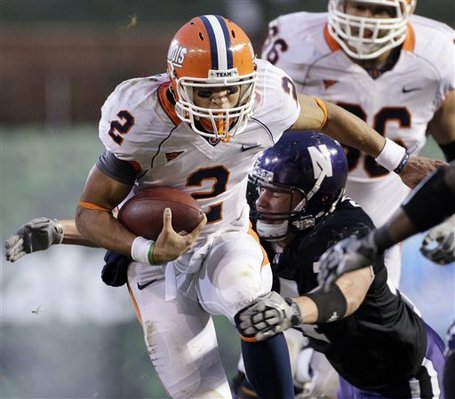 Arizona State at Illinois: Bama Hawkeye has this as his most anticipated non-conference game, and I can see why. Illinois made some decent strides last year, and if they get a consistent defense I'm calling them the darkhorse for the Leaders division. Their schedule sets up very well to go undefeated all the way until their game against OSU on October 15th, but to do that they need to beat an Arizona State team that's close to equal in talent. If Illinois is to be taken seriously in the conference, a win here is almost mandatory. 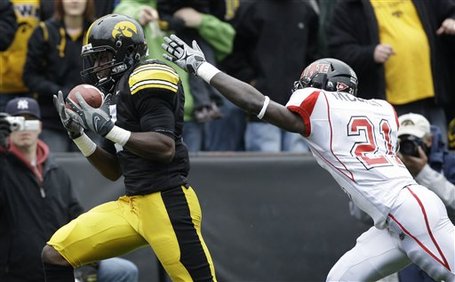 Pittsburgh at Iowa: I put Iowa's game against Iowa State as a big non-conference game, primarily because it's a big in-state rivalry, and a loss would be disastrous for the conference. You see, Iowa State kinda sucks, but Pittsburgh is coming off an 8 win season, a bowl win, Dave Wannstadt getting fired, and new coach Mike Haywood getting fired...for a domestic violence charge. Yikes. This will still be a real test for Iowa, as Pitt's defense was 15th in the nation in points allowed last year, and Iowa has new players at several key positions on offense. But the Hawks get this game at home, and they should be favored. And they should win. 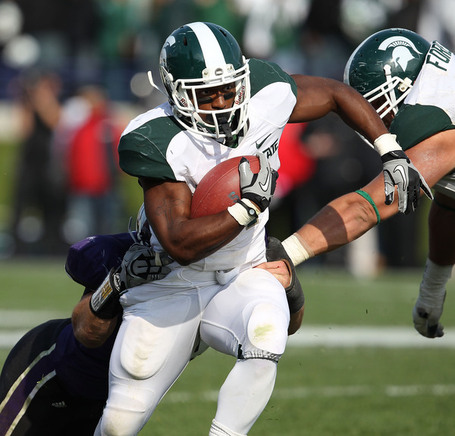 Can Edwin Baker and Sparty take it to 11, like the Sun currently is?

Michigan State at Notre Dame: Michigan State wants to take the next step, and Notre Dame will more than likely be in their annual early season OHMYGAWDTHEIRISHARESOOOOBACK stage, especially if they beat Michigan. Michigan State's season was defined, in many respects, by two things last year, 'Little Giants', and 'Big Ass Whoopin'. But Michigan State finds themselves at a crossroads--they have arguably the most experienced team coming back in 2011, but also one of the toughest conference schedules (Iowa, Nebraska, OSU, and Northwestern, all on the road). Which direction is Michigan State going to go? If they're going to make the jump to the top of the conference on a regular basis, this game seems to be a must, and a win here really puts wind in Sparty's sails as they head towards conference play. And hopefully, if Michigan has beaten Notre Dame the week before, the Irish will take their pre-season National Championship trophy and go home. 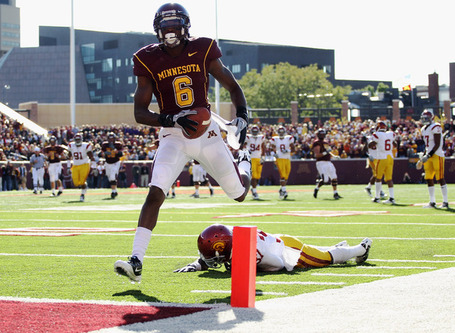 Da'Jon McKnight, one of the better players you probably haven't heard of

Miami (OH) at Minnesota: This is no MAC-rifice game, and it wouldn't be for any B1G team, as Miami is the defending MAC champion, and thumped Middle Tennessee State in the GoDaddy.com bowl. (I'm sorry, if there are bowls called the 'GoDaddy.com bowl, there's just too many). Oh, and Miami beat a then favored Jerry Kill coached Northern Illinois team for the MAC championship, so this will be a more realistic hurdle than USC will be for the Gophers. No one really expects them to beat USC, but an off season of hope has a lot of people expecting them to beat Miami, and start winning games like this on a regular basis. 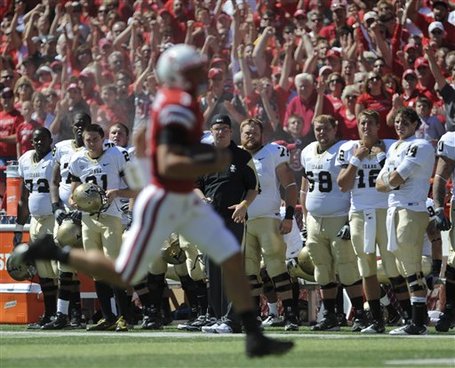 Washington at Nebraska: Nebraska's first big out of conference game as a member of the B1G, and Cornhusker fan, let me give you some words of wisdom: lose this game, and you won't be able to use the 'well, they just didn't care about that game' excuse. It might have worked in the Big Bevo, but now that you're in the conference that allegedly runs in Molasses, a loss here and you're terrible and slow. All that said, you should win this game, because you should care. Jake Locker is in the NFL, Taylor Martinez should be healthy and ready to go, and this should be a good barometer to see how much he has progressed. 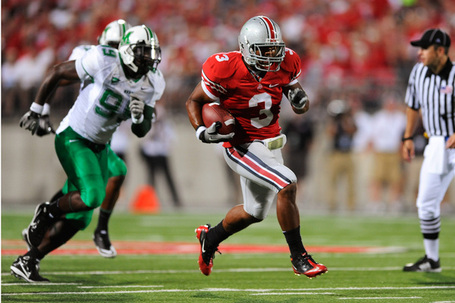 Who will carry the water with Brandon Saine graduated and Boom Herron suspended?

Ohio State at Miami (FL): Well, well, well, what a difference 6 weeks makes. What I considered a 'will win' game for OSU as little as the day before Memorial Day is now a HUGE question mark for the Buckeyes. I'd feel a lot more comfortable if this game were in Columbus, but it's in Miami. I want Luke Fickell to do well, but he's never been a head coach, so we have no idea how he'll handle in-game adjustments. At quarterback, Joe Bauserman terrifies me, but he's the safe option, because like Fickell, freshman phenom Braxton Miller has no experience. I think OSU still gets the win here, because we know all about Miami's quarterback, and JaFoury Harris will throw more passes to defensive backs than he will to his own wide receivers. I see OSU riding a strong running game and stout defense the first few weeks of the season. In short, they'll play Fickell's version of Tresselball, and if they do, they should get out of Miami with a win.