Three things really stand out about 1991.

First, this was a one game season. And, when Michigan rolled into Iowa City and beat the Hawkeyes by 19 points, they won the league. We just didn't know it, because it was the only the first week of conference play. By the end, Michigan went 8-0. Iowa went 7-1. Everybody else had at least three losses.

Second, Michigan didn't just go undefeated in league play. They CRUSHED it. They won by 8 at Indiana. The other 7 wins were all by 17 points or more (and 5 were 20+). 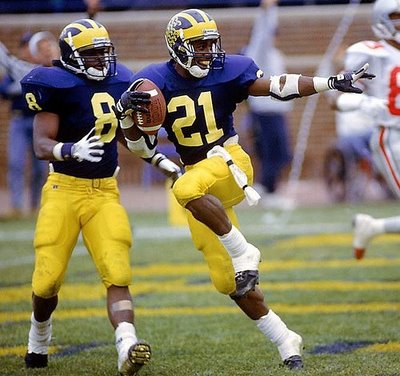 Third, Michigan found itself as a great team, but not quite good enough to be the among best in the nation. When they hosted Florida State, who finished #4, they lost by 20. When they faced Washington, who ended up splitting the national title, they lost by 20. This was a great Michigan team, but there were still a handful of teams across the country that were markedly better.