I hold the following to be true:

3) Penn State was jobbed out of a championship in the most cruel of ways. The Lions awoke on morning of Saturday October 29, 1994 as Number One in the AP Poll. They then hosted 21st ranked Ohio State (14th in the final poll). Penn State beat the Buckeyes 63-14. In the next AP poll, #3 Nebraska (who beat #2 Colorado 24-7) passed Penn State. Read that again. It wasn't right then. It still isn't. Following the Colorado win, the stories started: "Could this be the year Tom Osborne finally wins the National Championship?" From that point on, the media turned Osborne into a sad charity case. He wanted none of it, but the meme had been created (And by the way, JoePa knows the meme. He had seen it in 1982.). The question of "Which team is better?" was trumped by "Can Osborne get his title?". The shame of it was that in 1995, Osborne would not only earn a title without controversy, but would do it with the greatest college football team of my lifetime (2001 Miami is the only team that comes close). 1995 was all his. 1994 wasn't. It should have belonged to the best B1G team of the last 30 seasons. 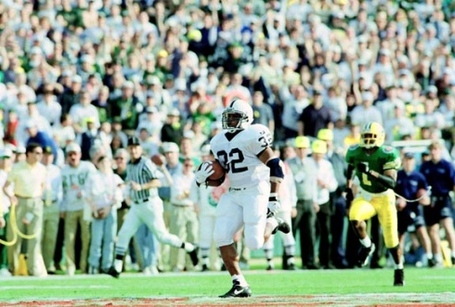 You know this already, but even though they weren't part of the Big Ten yet...

Nebraska had a pretty special season, too. 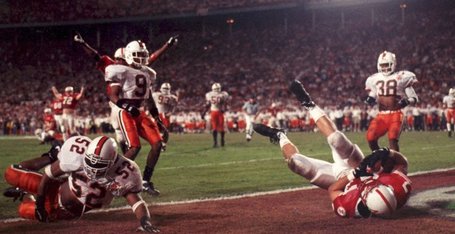