Conference Realignment: I don't want any South schools in the B1G

Share All sharing options for: Conference Realignment: I don't want any South schools in the B1G

In all this talk (again) about the realignment of college football and B1G conference expansion we are seeing some of the same old names: Syracuse, Notre Dame, Texas and Mizzou. Reading the comments section of the latest OTE Potluck I see some new names have been brought to the table: Virginia, UNC, Maryland. Frank The Tank's Slant has done a much better and thorough job analyzing and refuting some of the possible scenarios of what happens when these rounds of musical chairs end. The one thing that is certain in my mind is that it would be a huge mistake on the B1G's part to take any school from a former slave state. 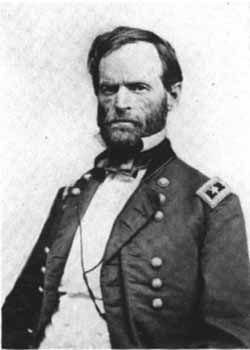 Six Seven of our twelve member institutions are land-grant colleges. Two pioneered the concept (MSU, then PSU) another five (Illinois, Nebraska, Purdue, OSU and Minnesota) had to wait for the passage of the Morrill Act in 1862 and the suppression of the rebellion to found/reopen their institutions. Justin Smith Morrill first proposed a bill to provide for land grant institutions in 1857, but it was opposed by southern Senators and Representatives who believed the federal government would use the act to impose control over their regions. Why should we welcome representatives from states that so opposed many of the B1G schools very existence?

Culturally, the current B1G schools and the states they are located in are all pretty similar. While our northern member states are not without fault or error in regards to race relations (Indiana and the Klan in the 20's, Cincinnati's race riots in 2001 among others) we have a great history of inclusion and providing opportunity for African-american students and athletes. Why then should we subject our athletes to playing in States that honor treason and traitors, men who fought so hard to ensure the subjection of the ancestors of many of these same athletes?

Virginia, in response to the holiday honoring Dr. King, named the Friday preceding MLK Day as Jackson-Lee Day. Jackson-Lee Day of course "honors" Colonel Robert E. Lee and Major Thomas Jackson, two men who were complicit in the deaths of 600,000 of their countrymen. North Carolina's current flag pays homage to the Bonnie Blue Flag, a vile insurrectionist symbol. Maryland currently honors those who illegally took up arms against their fellow citizens through its inclusion of the Calvert colors on their state banner. Fans of the University Missouri which is more southern than midwestern believes that it is tasteful to have a shirt that makes light of the rape and murder of innocent women and children and the destruction of a peaceful town over a loss in a sporting event.

The south remains fundamentally and culturally different than the north. Why, one hundred and forty six years after we put down the insurrection at great cost in lives and treasure, when the south still maintains a legacy of hatred towards us and covert segregation, should we reward any institution from these former bastions of evil with inclusion into the greatest amalgamation of intelligence and athletic prowess in the land? Why should we share our vast resources and wealth with those who most assuredly despise us?