...And if you don't expect too much from me, you might not be let down...
- Gin Blossoms, "Hey Jealousy" 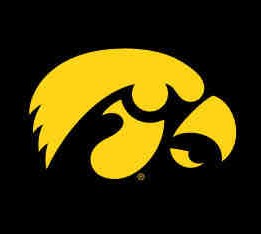 So 2010 didn't go according to plan. A pretty Top 10 preseason ranking melted away after the special teams melted down at Arizona. The team hit a highpoint in their complete an utter dismantling of Michigan State, but it was the previous week's game versus Wisconsin that best exemplified the story of their season.

Iowa played that script out in losing by 7 to Arizona, 1 to Wisconsin, 4 to Northwestern, 3 to Ohio State, and 3 to Minnesota. Only a dropped touchdown pass by Indiana and a tremendous pick-six by Micah Hyde prevented the same story from occurring against Indiana and Missouri as well. 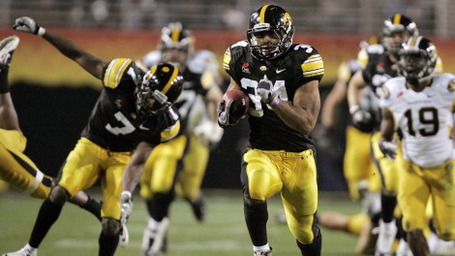 Ladies and gentlemen of the jury, we understand. We understand that you're wary. You feel let down. You feel as if your love and affection meant nothing. And, yes, there were times last year that may have seemed to be the case. But here we are again. There is no more bandwagon. No more patriotism jokes. No more expectations. And because of that, you know in the deepest places in your heart, that NOW is the time to believe in Iowa again.

Now, when the team is has fresh-faced offensive starters like James Vandenberg and Marcus Coker. Now, when the defense will be led by a strong secondary and James Morris, a Sophomore linebacker who some media members are referring to as Iowa's Chris Spielman (as a football player, not announcer). Deep down in your heart, you know that Iowa is good. Innately good, yes. But also good for the conference. Iowa wins its bowl games. It beats SEC teams (and doesn't vacate those victories later). Ladies and gentlemen, I'm here to tell you that it's OK to believe again. 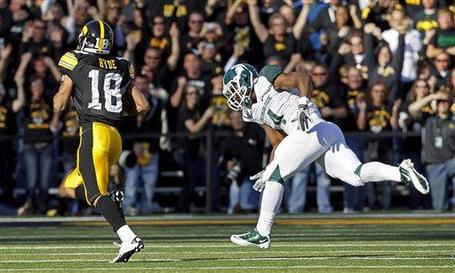 A. What Can We Learn From Pop Culture

B. What We Can Learn From the Off Season

We welcomed our new member

We asked if it was time to refresh the defense

We (gulp) looked at the strength and conditioning program

We took a long look at the new kid at QB

Iowa's in that weird equilibrium where your expectations of them will be based solely on your half full/half empty outlook. Yes, the Hawkeyes had a huge Senior class leave (sidenote: the entire starting defense for 2008 Iowa is in the NFL), but there were succession plans for most every spot. Vandenberg, Coker, Keenan Davis, and Brad Herman may not have much game experience, but they all have some. And each is expected to step into starting (and starring) roles. The offensive line is exciting (at Iowa, you get excited over O-Line play). Four previous starters return, and the unit should be the unquestioned strength of the team. If it is, it could be a fun year. If it's not, well, take a look at 2007.

For the past three years, Iowa's defense has been dominant, and the offense had to do just enough to win. While the back seven of the defense should be fine, there were huge losses on the D-Line. And for Iowa, the entire defensive scheme is based upon the premise that the D-Line can both stuff the run and get pressure. Absent that, the scheme breaks down. So maybe, this will be a year where the offense has to carry the weight. Iowa won that way in 2002, so it can be done. 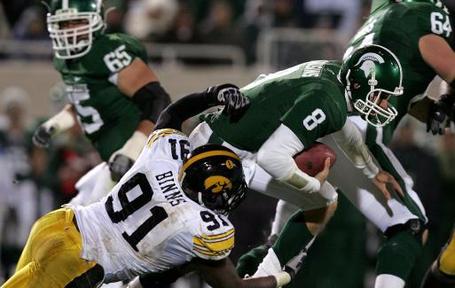 You need us, Big Ten. We're the last line of defense to prevent Nebraska from reaching Indianapolis.

Beyond that, Iowa waives its emotional appeal this season. It didn't pan out last year, and we'll rely on the facts and abilities this season. We've always been a program that's been about substance more than style. We'll act like it. 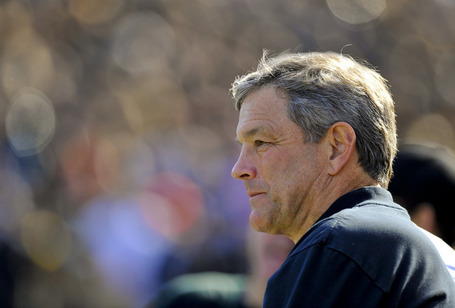 The writers have averaged Iowa out to 8.5-3.5 (4.75-3.25). If Iowa rounds that up to 9 wins, the Outback Bowl looks pretty likely. An 8 win Iowa is likely headed to the Gator Bowl or Meineke Car Care Bowl of Texas. Having a schedule that misses Wisconsin and Ohio State makes it easier to imagine this Iowa team outperforming last year's squad.