There are champions, and then there are CHAMPIONS. It's not a question of the program that wins, it's a question as to the success of the team. In 1982, the Wolverines were champions, no capital letters needed.

1982 Michigan won 8 of 9 Big Ten games. They won the league title. They finished 8-4. They lost at Notre Dame. They lost in Ann Arbor to UCLA. They lost at Ohio State. They lost a rematch with UCLA in the Rose Bowl. They were Big Ten Champions, but not one of the historically relevant Michigan teams.

And yet, if you lined up for Michigan that season, your ring still shines as brightly. Oh, and while not in the league yet... 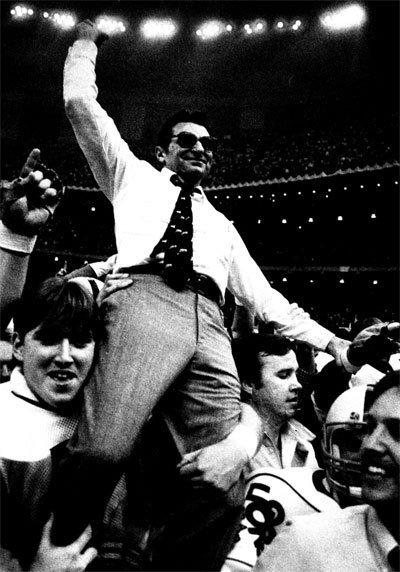 Penn State had a pretty memorable year, too.