I need a photo opportunity
I want a shot at redemption
I don't wanna end up a cartoon
in a cartoon graveyard
- Paul Simon, "You Can Call Me Al"
The Big Ten was dead. Two BCS Title blowouts of Ohio State. 6 BCS losses in the previous three years. Michigan (MICHIGAN!) losing to something called Appalachian State. A 1-6 Bowl season in 2008. The question was no longer if the Big Ten was the best conference in the country. Now the wonder was, are they 4th or 5th?

And then the funniest thing happened. Young players matured. Teams got better. Breaks went in different directions. And suddenly, the conference that was no good, and especially too slow, went out and faced four of the fastest teams in the country. Big Ten Champion Ohio State drew #7 Oregon in the Rose Bowl. Iowa went to the Orange Bowl to meet #9 Georgia Tech. Penn State faced #13 LSU in the muck of the Capital One Bowl. And, Wisconsin squared off against #14 Miami in the Champs Sports Bowl. 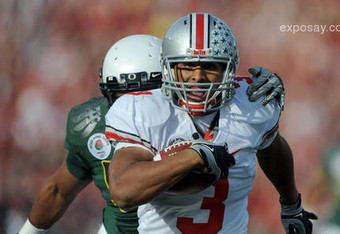 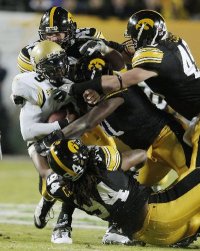 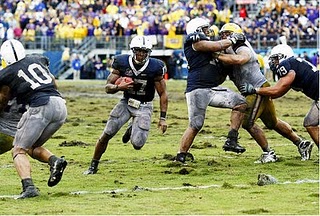 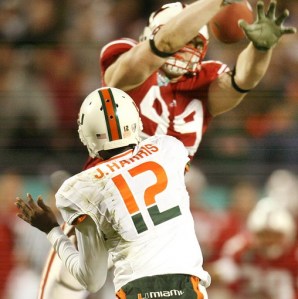 In each of those beautiful games, the Big Ten side imposed its will upon its opponent. The Big Ten teams won with suffocating defense and power football - the way that Big Ten teams had been winning for decades. It was our conference's redemption story.