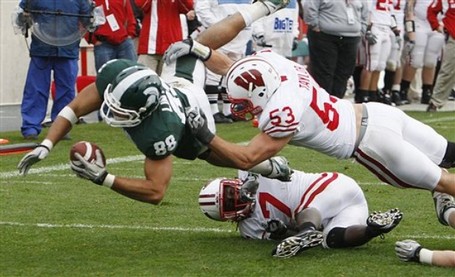 Do you tell the story of what happened on the field?

Do you tell the story of what's reflected in the record book?

Michigan State and Wisconsin won the conference with 11-1 (7-1) records. Had this been the actual tie at the top, Michigan State would have gone to Pasadena for the first time since the 1987 season. Wisconsin would, undoubtedly, been selected to face Arkansas in the Sugar Bowl. Ohio State finished 0-1, vacating their other 12 games due to their coach intentionally playing ineligible players. Ohio State's streak of Big Ten titles ended at five. It's winning streak versus Michigan ended at six. If you believe the facts, this is the story that you'll turn to.

Regardless of which story you choose to remember, it was the end of an eighteen year era in the Big Ten. The 11 Team Years were officially closed. The next era in Big Ten football starts tomorrow.

Oh, and though they weren't in the conference yet...

...Nebraska (off the field) had a pretty good year, too. 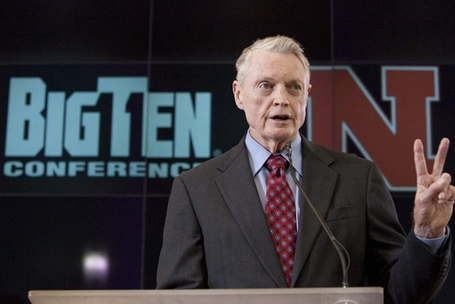