Some teams get lost. This is one that shouldn't have.

Illinois made a bit of noise the year before. Mike White led the Illini to the Liberty Bowl, where they lost to Alabama in the last game Bear Bryant coached. The next year was special.

After a loss at Missouri to start the season (because Illinois should never play Mizzou in football), Illinois knocked off Stanford. They then won the league. But that doesn't say enough. Illinois hosted #4 Iowa and beat them 33-0. Two weeks later, they beat #6 Ohio State. Two weeks after that, they beat #8 Michigan. By the time the season was done, Illinois was 10-1 (9-0) and #4 in the country. As of today, this is the only Big Ten team to ever win 9 conference games (we'll see if that changes this year).

So why does this team not get recognized among the best? The Rose Bowl. Illinois traveled to Pasadena, where they met a 6-4-1 UCLA squad that was deservedly unranked. Illinois lost 45-9. It was uglier than that. 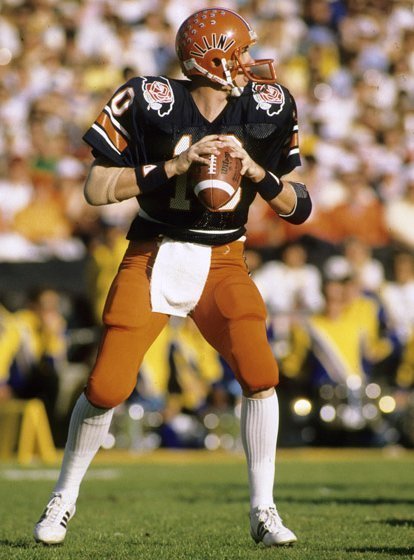