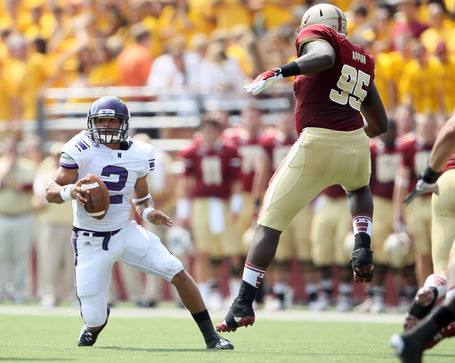 Sweet Jesus, the internet is amazing.

First, some background -- on Friday (the day before the B1G slate fully kicked off), I boarded an Air France flight with my fiance.  The destination: a weekend in Switzerland with her brother (a huge Michigan fan), his wife, and their daughter, followed by two weeks travelling thru Italy.

How did I get talked into travelling abroad during college football season? Well, 1) I'd never been to Italy before, 2) we found some great deals on flights, 3) the weather is generally good this time of year, 4) the Labor Day weekend meant we could take an extra day without losing vacation time, and 5)....well, my fiance is very convincing.

Obviously, though, we scheduled generally well -- I stood to miss two Northwestern road games (at Boston College and at Army), and only one home game (and that against FCS Eastern Illinois).  I can live with this, I told myself....I'll still have all of the conference slate to watch live in person or on TV when I get home.

But as the hours ticked away until our flight, I realized -- I'm going to be a wreck if I can't watch this game.

So, thank God for the Internet:

I mentioned my future brother in law is a huge Michigan fan, right? Well, by the time we did a little sightseeing, ate some lunch, and settled in at his place, it was right around 6 pm Switzerland time....kickoff for NU-BC.  My brother-in-law found ESPN's ESPNPlayer with College Pass -- essentially, for a fee (I think he bought the month pass for something like $40), you get access to live streaming of each ABC/ESPN game (basically just like BTN2GO, or so I'm told).  The quality was AMAZING -- a step below HD, but above standard definition, no commercials (the broadcast just goes to a blank ESPN screen during breaks), a halftime where they just showed other games without a halftime show....honestly, I could have been in my living room and not have noticed too much of a difference in terms of picture and sound quality.  Even following along online with comment sections over at Sippin' On Purple, I think I was getting the game in basically real-time.

Which meant I spent an evening in Switzerland, cheering on the Cats....so humor me with a few impressions: 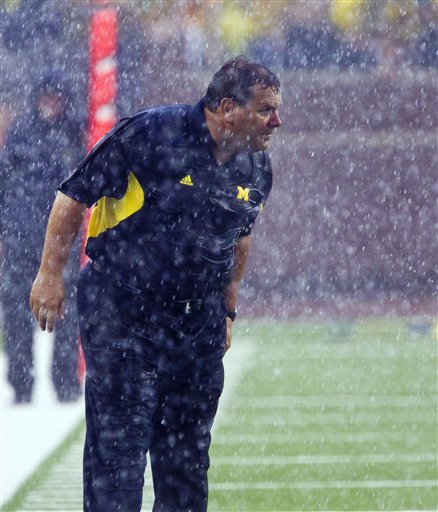 I also caught a lot of the Michigan game (brother in law a huge fan), although I definitely crashed and went to bed before the game got called.  My early impressions:

So, for those of you who live far away from the B1G television footprint (or are forced, like me, to watch a game in a foreign country), how did you watch? Did you enjoy it as much as I did? What was the quality like? And what's your "from a distance" view of your favorite team?